The highly advanced technology on the connected new Mercedes-Benz Sprinter has impressed judges so much that it has been crowned Van of the Year at the Auto Express Awards 2018 in the UK.

The Sprinter’s ground-breaking on-board technology, including MBUX multimedia system (which is only the second Mercedes-Benz vehicle to benefit from this) and Mercedes PRO connect, enable simpler fleet control with a new level of vehicle management, and received high praise from the Auto Express team. 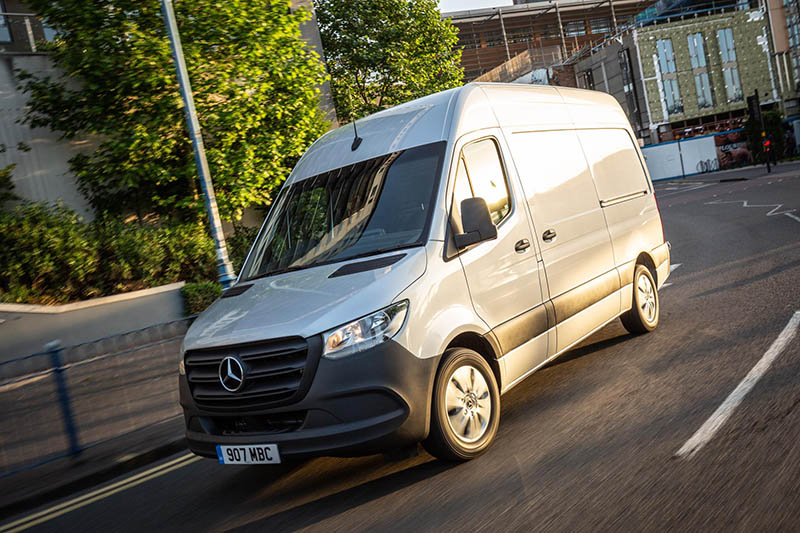 The new Sprinter took the Van of the Year honour at a ceremony in London last week, with judges commenting: “For the all-new Sprinter, it’s a case of evolution and revolution rolled into one.”
“The evolution comes with the smoother lines outside, improved payload volumes, better fuel economy, lower emissions and a smarter interior. The revolution starts in the cab with the MBUX voice-controlled infotainment system and the standard fitment of Mercedes PRO Connect.”

“With over 1,700 variants, the new Sprinter has all bases covered in the large van sector to suit most needs.”

Like previous generations of the multi-award-winning Mercedes-Benz workhorse, the next Sprinter – which is priced from £24,350* excl. VAT – raises the bar in the large van segment. Since its launch in 1995, the Sprinter has defined and re-defined a whole segment numerous times. It has notched a succession of technological ‘firsts’ including the ESP stability system, Crosswind Assist, the Euro VI emissions standard, Collision Prevention Assist, Blind Spot Assist and Lane Keeping Assist, and has already collected more than 80 industry awards.