This is the all-new Defender. Described by Land Rover as an icon reimagined for the 21st century, and it boasts that it has cleverly engineered it with capability and safety for all the family at its heart. 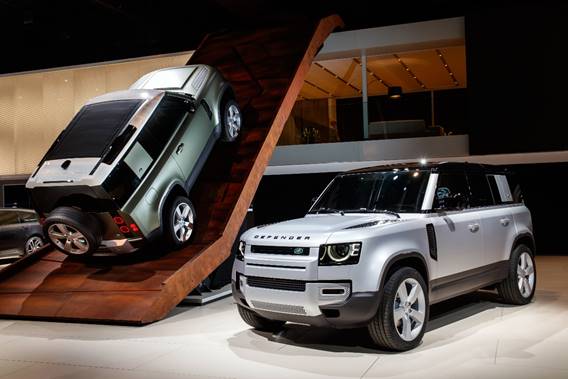 It adds that the new Defender is built for the adventurous and curious. It certainly features an unmistakable silhouette that is familiar, yet new. It looks tough and Land Rover says that it is tough, but adds that it is designed with purpose and engineered to excite. Iconic in name, shape and capability, Defender can be personalised to allow owners to make the most of their world.

Across seven decades of pioneering innovation, and proven abilities in the harshest environments on earth, Land Rover boasts that the new Defender maintains this bloodline.

Beside the luxury and refinement of the Range Rover family and the highly capable and versatile Discovery SUVs, Land Rover claims that the new Defender completes their dynasty.

It also boasts that the 110 is just the start for this family of the most capable and durable 4x4s in the world. The Defender 110 is available with 5+2 seating in four distinct ‘Accessory Packs’ (‘Explorer’, ‘Adventure’, ‘Country’ and ‘Urban’) and with 170 individual accessories.

It will be swiftly followed by a short wheelbase 90, before a pair of practical commercial models join the line-up in 2020. Electrified powertrains will also be introduced to the Defender with advanced mild-hybrid and coming later, plug-in electric vehicle options, as well as powerful and efficient petrol ( the 2.0 litre Si4 300hp or the 3.0L i6 400hp.) and diesel engines (2.0 litre with the choice of 200 or 240hp.). 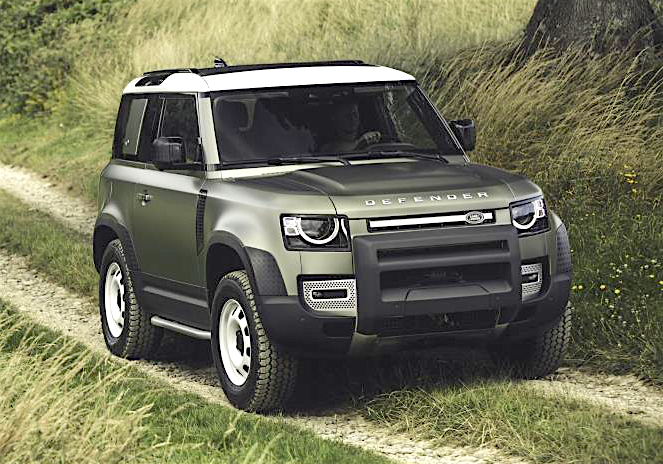 The iconic manufacturer says that the all-new Defender is driven by a passion and respect for the original, delivering a transformational breadth of capability and advanced all-terrain technologies to redefine adventure for the 21st century. It adds that this has been done while remaining true to the pioneering spirit that has been a Land Rover hallmark for 71 years.

It looks muscular and tough, and it probably is tough. The SUV specialist manufacturer says that it’s build using durable new D7x architecture engineered to withstand extreme event Ttest procedure, above and beyond the normal standard for SUV and passenger cars.

Land Rover says that it features 21st Century technology such as the new ‘Pivi Pro’ infotainment with a more intuitive interface, while ‘Software-Over-The-Air’ updates provide the latest software at all times, anywhere in the world.

The modern interior is functional, durable and flexible with unique and exposed structural elements as well as a central front jump seat.

It has a maximum payload of up to 900kg, static roof load of up to 300kg, towing capacity of 3,500kg and wading depth of up to 900mm combine to make new Defender the ultimate 4×4 for overland adventures.

Land Rover’s Defender will be available to order soon with its arrival in Ireland scheduled for next Spring.