Mitsubishi Motors Corporation (MMC) claims that the forthcoming 2017 Geneva Motor Show next month marks a turning point for it with the world premiere of its latest SUV – the first of a new generation of Mitsubishi Motors vehicles. 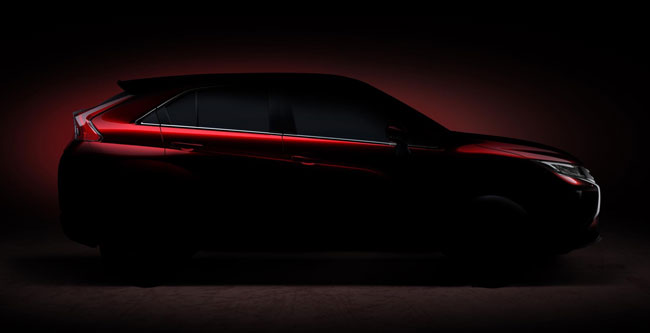 It says that with its striking design, the sporty, coupe-like SUV will line up alongside the Mitsubishi ASX and Mitsubishi Outlander to broaden the brand’s model range and introduce a whole new audience to Mitsubishi Motors, a name it boasts is long associated with stylish, tough and extremely capable SUVs and 4X4s.

The Japanese manufacturer says it will be sharper in its expression than a conventional coupe, this new, compact SUV will feature highly chamfered contours with a wedge-shaped belt line and a distinctive V-line in the rear quarter stemming from the forward-slanted C-pillar and the chunky, muscular rear fenders.

The all-new Mitsubishi SUV will make its global debut on the Mitsubishi stand at the Geneva Motor Show on March 7, 2017. In the meantime, here is a darkened teaser picture of the all-new model.