This morning via a live-streamed event, Nissan gave a global reveal to their all-new Nissan Ariya electric coupé crossover, which it says marks a new chapter for Nissan electric vehicles. It promises up to a near 500 kilometre estimated range for a 2WD (87kWh) version. Nissan says this is based on WLTP combined cycle, but subject to homologation. If confirmed by launch time, this version of the Ariya could be a serious contender for daily commutes and longer trips alike. 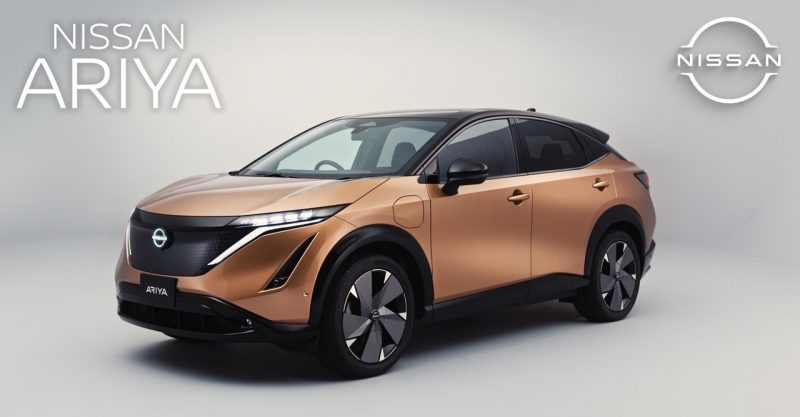 The Ariya is Nissan’s first all-electric coupé crossover. The Japanese carmaker says that it offers powerful acceleration and smooth, quiet operation. It adds that it also comes with an interior that is welcoming, describing it as a luxurious lounge-like atmosphere.

It also boasts of its stress-free autonomous driving features, voice personal assistance and seamless connectivity heighten on-road confidence and provides a welcoming environment for the driver and passengers. 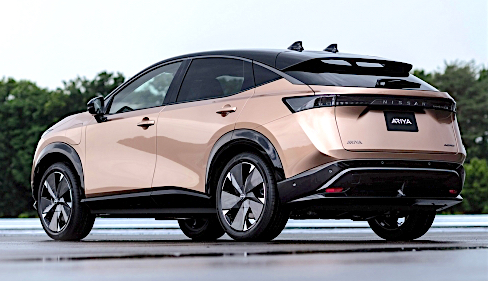 The Nissan Ariya is heavily based on the similarly-named concept vehicle displayed at the 2019 Tokyo Motor Show and first hinted at with the IMx at the 2017 Tokyo Motor Show. It’s the first production model to represent Nissan’s new electrified brand identity, which it boasts is forging a path toward a new automotive era where electrification, optimised platform packaging and seamless vehicle AI technology will become standard. 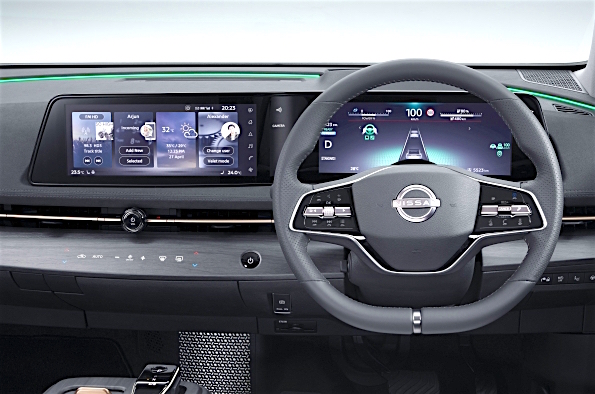 “The Nissan Ariya is a truly beautiful and remarkable car,” Nissan’s Chief Operating Officer Ashwani Gupta said. “It enables you to go further, easier and in comfort. The Ariya is designed to impress, and to express what Nissan strives for – making our customers’ lives better.”

Built on an all-new Alliance-developed EV platform, Nissan says that the Ariya is the ultimate expression of Nissan Intelligent Mobility, the company’s strategy to further improve the appeal of its vehicles and achieve the ultimate goal of a future with zero emissions and zero vehicle fatalities. 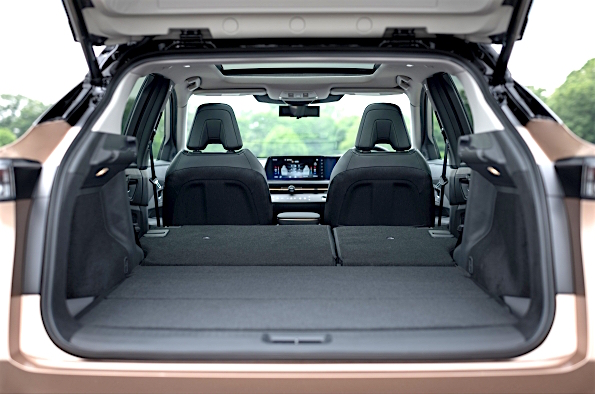 Nissan also boasts that the all-new Ariya coupé crossover marks a new era for electric vehicles, promising an incredibly powerful and smooth ride thanks to the full strength of ‘Nissan Intelligent Mobility’ delivered by the latest assistance technologies designed to support, respond and respect the driver’s intentions. It adds that a design inspired by timeless Japanese futurism gives all occupants a welcome, personal impression that aims to surpass expectations.

With five core models to be offered for the European market, including two-wheel-drive and all-wheel-drive versions, the Ariya should meet the driving needs of a wide range of customers.

Nissan says that the Ariya 63kWh two-wheel-drive model is ideal for urban and suburban commuters looking for quality and style in their next-generation EV. The estimated range for this version is 375 kilometres.

The Ariya 87kWh two-wheel drive models expands on the 63kWh with an upgraded powertrain and additional range for those looking to venture on longer journeys. It promises an estimate range of 499 kilometres.

It adds that the Ariya e-4ORCE 63kWh all-wheel-drive model offers an attractive balance in performance and value in its segment. With almost no compromise on range, this model offers ample performance and innovative new technologies, including twin electric motors and e-4ORCE control technology that deliver balanced, predictable power to all four wheels. This version has the shortist range at circa 340 kilometres.

The Ariya e-4ORCE 87kWh all-wheel-drive promises a longer range coupled with pure power thanks to the e-4ORCE technology. The estimated range for for this one is 459 kms.

Topping the range, the Ariya e-4ORCE 87kWh Performance model benefits from a higher power output and will be the epitome of the best performance-technology combination. It promises an estimated range of 399kms.

Whether the two- or all-wheel-drive model, the power and performance of the Ariya will bring excitement back to the daily commute and urge drivers to explore further. To allow even more exploration, the Ariya will be rated to tow up to 1500kg.

What about the name? Wel, it appears that the Ariya name is a variation of the name Arya, which is a unisex name and each gender has a different meaning. For boys, its origins are from ancient India and it means “honourable” or “noble.” For girls it originates from Hebrew, meaning “lioness.”

Full pricing, specification and availability details will be announced in the coming months.