Audi has yet again won one of the most coveted awards in the shape of the Golden Steering Wheel 2012. This year it was the Audi A3 that achieved their latest success in the ‘Compact Car’ category in this prestigious competition. This makes it a total of 22 Golden Steering Wheel awarded to the German manufacturer.

This year the jury put the top 20 finalists through their paces on a closed test circuit. The mid-size A3 model was able to win over the jury and claim the top spot in the ‘Compact Cars’ category. 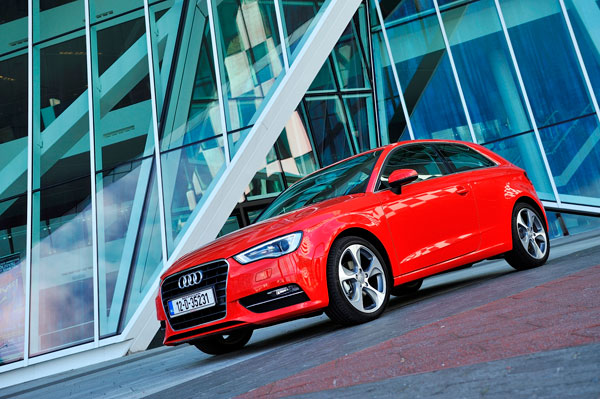 The Audi A3 also scooped Germany’s most prestigious design prize in the Transportation and Public Space category. Jurors of the 2013 German Design Awards were particularly impressed by its unpretentious design language that utilizes just a few highly precise lines.

Earlier this year, the Audi A3 was awarded the maximum five-star rating by the Euro NCAP crash safety for passive crash safety. The results for adult occupant protection in a frontal, rear, and side impact as well as child safety and pedestrian protection make the Audi A3 one of the safest cars in its class.

The premium manufacturer was also awarded a number of other coveted awards in October. On behalf of the Design Centre of North Rhine-Westphalia, a jury of experts awarded AUDI AG an impressive eight red dot awards.

The group also won the JD Power de Mexico award in the segment of premium automobiles, where the A1 and A5 models each received top rating points in their respective categories. The Audi A4 allroad was named ‘Active Lifestyle Vehicle of the Year 2013’ by key US automotive journalists and 70 of the country’s top athletes and Thatcham recognized six Audi models for exemplary anti-theft system in the 2012 British Insurance Vehicle Safety Awards.

Andrew Doyle, managing director of Audi Ireland told the Advertiser: “All of these awards are a testament to the industry-leading quality, innovation and premium design of the Audi model range.

He added, “I am particularly delighted to see the all-new Audi A3 being recognised for its impressive design and progressive technologies. Since its Irish launch in September, the all-new A3 has been hugely popular with Irish motorists and we expect demand to remain strong throughout 2013.”

In 2012, the Green Steering Wheel was presented for the sixth time for the best environmental innovation and the winner this year is the Toyota Yaris Hybrid.

Finally since 1983, each year another award, the Honorary Steering Wheel is presented for extraordinary achievements in the automobile industry, and the 2012 award winner is Ferdinand K. Piech, chairman of Volkswagen AG.