The Audi A3 has been selected as the 2014 World Car of the Year. It was chosen from an initial entry list of twenty-four vehicles from all over the world, then a short list of twelve, then three finalists:  The BMW 4 Series, the Mazda 3 and the Audi A3. 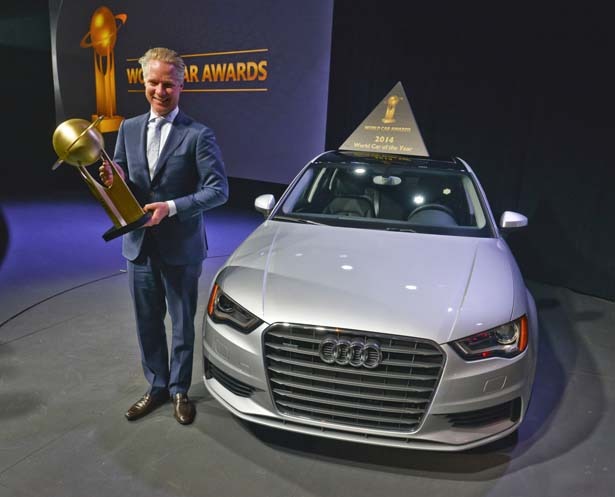 Scott Keogh, President of Audi America, holds his trophy after the A3 was named World Car of the Year.

And completing a complete sweep for Germany in 2014, the World Luxury Car is the Mercedes-Benz S-Class; the World Performance Car is the Porsche 911 GT3, with the BMW i3 winning both the World Car Design of the Year and the World Green Car.