Audi A3 Sportback named What Car?’s Car of the Year

What Car? editor-in-chief Chas Hallett said: “The Audi A3 Sportback mixes excellent refinement and an accomplished driving experience with easily the finest cabin quality ever seen in a small family hatchback. It sets a new benchmark and it is keenly priced, a combination that makes it a worthy Car of the Year.” 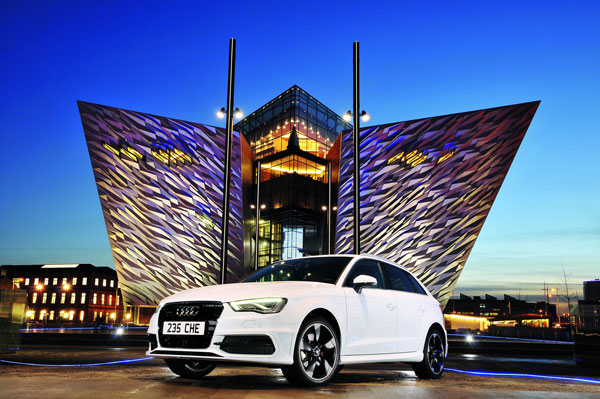 Martin Sander, director of Audi UK, said: “The A3 has never before faced such formidable competition, so the category win for this all-new car is in itself an achievement to be incredibly proud of. To win the overall Car of the Year Award is something else entirely though – this great honour marks the car out as something truly special in the eyes of UK car buyers, and is of course also highly prized by all of us at Audi.”

Ford collected four awards. The Fiesta won the supermini category, the Mondeo was named the best family car, the Mondeo Estate is this year’s top estate car, and the Ford Focus ST-1 is What Car?’s best hot hatch.

Sports Car of the Year went to the Porsche Boxster 2.7, while the MPV award was won for the third year running by the Seat Alhambra. The Audi TT continued its run of success by being named best coupé for the seventh time.

The British-built Range Rover was crowned Luxury Car of the Year and the Volkswagen up! retained its City Car of the Year title.
Mazda was awarded the Ultra-low-carbon Award for its Skyactiv technology. Skyactiv shows how a radical rethink can deliver real gains without the need for more expensive hybrid and fully electric systems.

What Car? readers and website visitors voted in their thousands to name the Alfa Romeo 4C as most exciting car for 2013.