With over 14,000 cars registered since its launch in July 2012, Dacia has proved itself as a success story in the Irish motor industry. 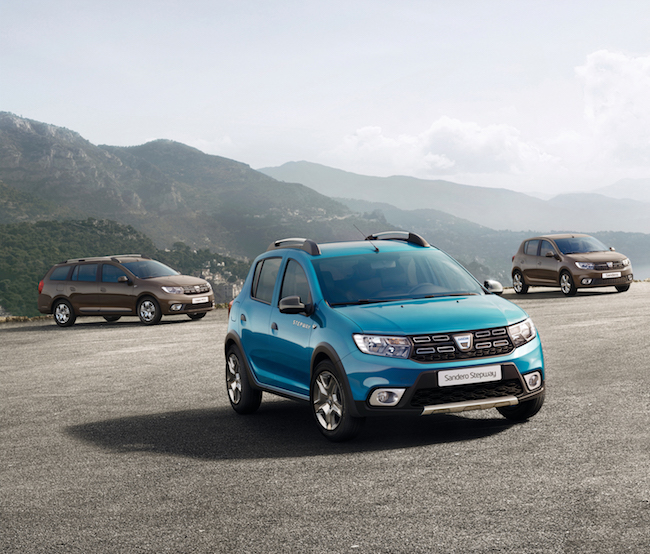 From new kid on the block in 2012 to 3 per cent market share in 2016, the brand’s popularity has grown, outperforming some well-established brands that have been around for over 40 years.

Duster, the best-selling model in the range with more than 8,000 sold since its launch, offers an unmatched combination of space, practicality and chunky SUV style appealing to Irish motorists at the price of €16,690.

The first Dacia to arrive on Irish soil was Duster, followed by Sandero, then Sandero Stepway and finally the Logan MCV. The full range now includes new versions of all models as well as Stepway versions of Sandero and a newly launched Logan MCV Stepway.

The brand has also released a limited number of special edition Dacia models – the SE Summit Duster, New Sandero Stepway and New Logan MCV Stepway. As the name suggests, the SE Summit sits at the top of the range and provides extra kit and an exclusive metallic paint colour.

Key to Dacia’s success in Ireland has been its shockingly affordable pricing, starting at just €10,490 for Sander and the availability of flexible low rate finance from its very own bank, Dacia Bank. Customer loyalty is strong benefiting from strong residual values and is testament to the quality of the product and service offered by Dacia dealers.

To celebrate 5 years in Ireland, Dacia will offer zero deposit and 4.9 per cent APR PCP finance across the range for all orders taken and registered by July 31. This includes the full range of Dacia – Sandero, Sandero Stepway, Duster, Logan MCV and the new Logan MCV Stepway.

Dacia’s 5th birthday celebrations will take place at the 28 dealerships across the country from June 13-17, where there will be a test drive competition to win a new Sandero Stepway SE Summit Edition 1.5 dCi90 to the value of €17,290. Customers will also be able to take part in the Dacia birthday parties in each dealership during those dates.

Dacia has also just announced its sponsorship of the 2FM Breakfast Republic radio show and a promotion to win a Dacia Sandero is currently taking place on air, before a winner is announced live on air at the Dacia 5th birthday party on 15th June.

Paddy Magee, Country Operations Manager, Dacia Ireland said; “It’s been a very interesting five years for the Dacia brand in Ireland. Launching a new car brand during a recession was seen by many as foolish at the time, but not so! Dacia blossomed in the lean years when customers were looking for value and that’s what we offered them with the model line-up – no nonsense and shockingly affordable.”

Five years later and Dacia is still preforming well, and even though we’re out of the worst of it, people are still looking for more bang for their buck. The model range has been updated, plus we have announced top of the range limited editions for those Dacia fans who want to upgrade. We are very proud of what Dacia has achieved in Ireland.”