Dacia says that the Paris Motor Show will provide an opportunity to celebrate another year of new sales records and share changes made to the range line up, including significant updating of the new Sandero, Sandero Stepway, and Logan MCV. Dacia says that they are more attractive than ever, but still the most affordable new cars in Europe. 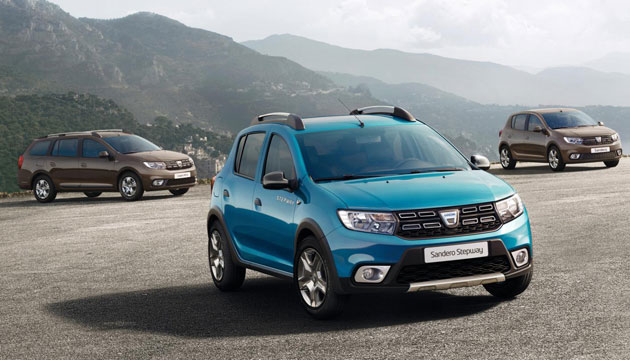 Dacia unveils its new models
To the exterior, the front end has been reconfigured on all three models, giving a recognisable Dacia family look. The updated bumper, grille, and air vents confirm the robust nature of the range.

The new lights, which now use LEDs, are more elegant and modern looking. They form four rectangles, creating the new Dacia lighting signature. The rear lights have also been redesigned in the same spirit.

The interior has also received updates to the features, materials, ergonomics, storage areas, and more.

Dacia also says that the new models have been redesigned from the inside out, including powertrains will be unveiled at the Paris Motor Show on the 29th. of September.