They may earn an average salary of about Stg.£2.4m a year but the most popular car for a premiership footballer is the Range Rover Evoque, a compact SUV which costs from around £30,000 (or from around €42,000 here for the 5-door). Yet whatever the purchase, footballers are increasingly using finance to do it. 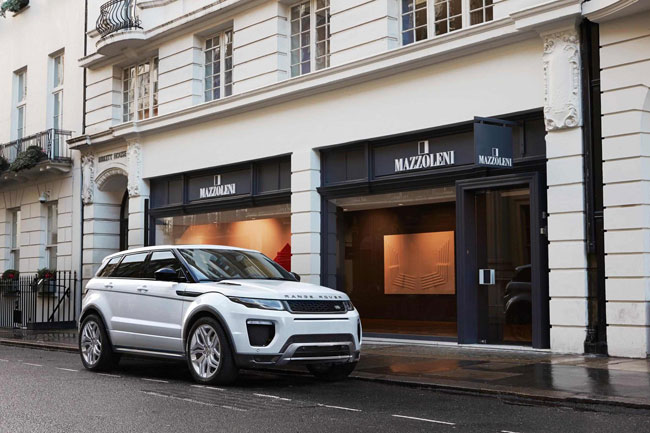 That’s according to a new list compiled by a premium vehicle finance provider JBR Capital, which can count a wide variety of high net worth individuals as its clients, including premiership players. It has put together a top 10 of the most popular cars purchased on finance by premiership players over the last two years.

While the relatively affordable Evoque finishes in first place, the top 10 shows that players don’t hold back when it comes to filling their garages with dream machines, with the rest of the line-up chock full of supercars, luxury cars and even bespoke creations from aftermarket coachbuilders and tuning companies:

With enormous means at their disposal, it won’t come as a surprise to learn that JBR Capital found that players each own several cars on the list, such as an Evoque and an Aventador, but what will raise eyebrows is that finance is an increasingly important way to fund purchases.

Darren Selig, CEO and Co-Founder at JBR Capital, explained: “The highest-earning premiership players can bring in six-figure salaries each week and could buy many of the cars on this list easily without finance, but like regular motorists, it pays to be smart and they are increasingly savvy in their financial affairs.

“Footballers want the monthly cost of the loan to be as low as possible, so they can remain flexible. They would rather spend large sums on investments such as property, and do not want to over-extend their budget with outright purchases. They also generally run finance deals from 2 to 4 years, as these allow them the most flexibility.”

Loaning large sums of money to sportspeople can often be more difficult than it looks, though. “Many finance companies don’t loan to footballers given the up and down nature of their business,” added Selig. “It’s a cut-throat world and your contract could be torn up at any moment. The flipside to that, of course, is that you could find yourself with a new contract with a club in Spain or Germany – so again you need the flexibility that finance provides.