Kia Motors has revealed the first official images of the All-New Kia Sorento today, ahead of its first public appearance at the 2020 Geneva International Motor Show. 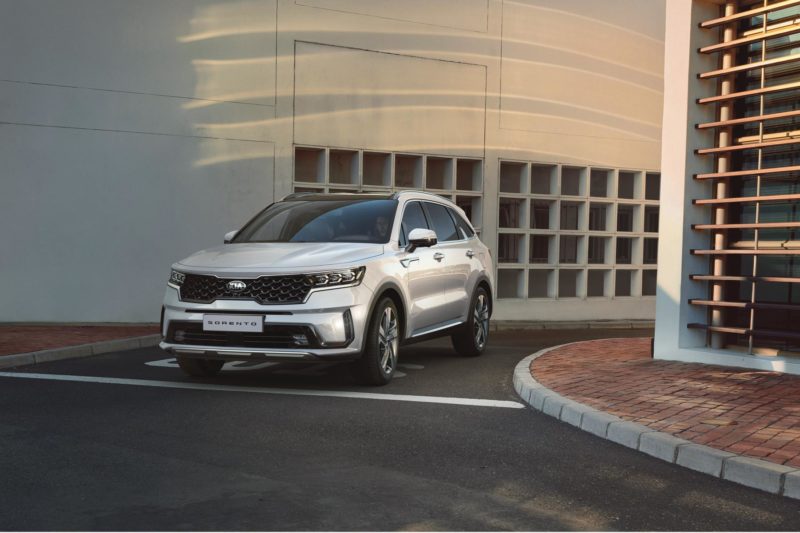 The concept of ‘refined boldness’ inspired Kia’s designers, who sought to maintain the robust, tough-looking aesthetic of earlier generations of Sorento, while applying a greater degree of refinement and elegance. More stylish than ever, the Sorento’s redefined design incorporates sharper lines and uninterrupted surfaces, making it noticeably more sculpted than its more round-edged predecessor. With more contemporary geometric details and swept-back, elongated proportions, the result is a more confident, more mature and more desirable design than ever.

The assertive ‘face’ of the Sorento evolves, too, with a new interpretation of Kia’s hallmark ‘tiger nose’ grille. Wider and more expansive, it wraps organically around the integrated headlamps on each side. The headlamps themselves feature a new ‘tiger eye’ LED daytime running light, adding extra focus to the design by depicting the intense impression of the lines around a tiger’s eyes.

In profile, the proportions of the Sorento are subtly adapted to make it appear longer, with shorter front and rear overhangs and a longer wheelbase. Its new proportions also extend the length of the bonnet, drawing the A-pillar 30mm further back from the front axle for a more ‘cab-rearward’ design. The trailing edge of the hood wraps around the front wings and turns into a single, strong character line which extends along the side of the Sorento and flows into the new vertical taillights.

The Sorento sits at the heart of Kia’s reinvigorated global SUV line-up, which also includes the Stonic and Sportage that are sold here. Kia adds that the new model is the result of a collaborative effort between all three studios within Kia’s global design network, in Korea, Europe and North America. The fourth-generation model is based on an all-new platform, raising standards in the midsize SUV segment for space, practicality, efficiency and quality.

The new Sorento will make its debut on 3 March 2020. Irish specification, pricing and on-sale date will be announced later.