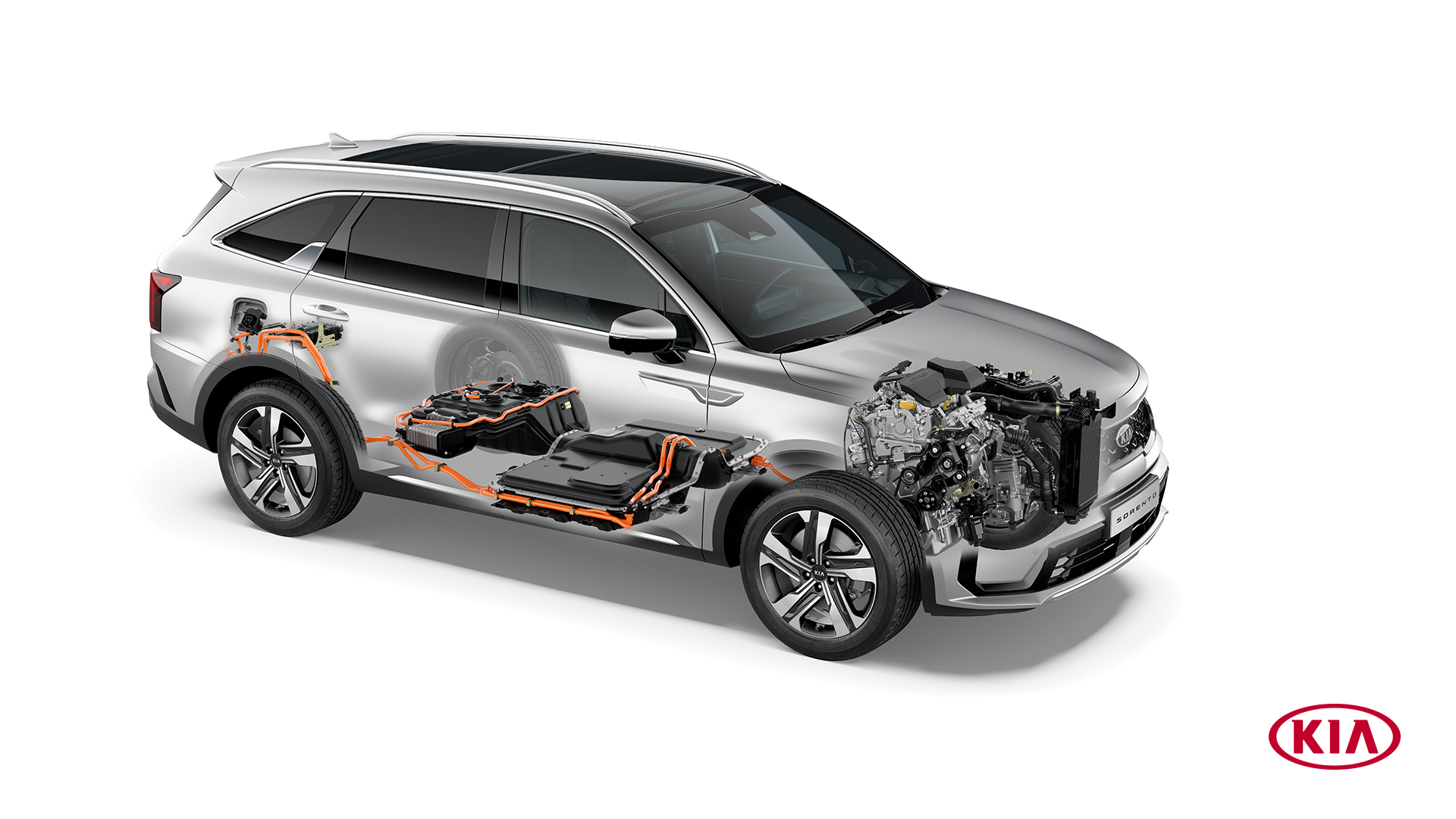 The image illustrates how the layout of its plug-in hybrid technology maximises passenger and luggage space. Kia claims the Sorento will be one of the most practical plug-in hybrid SUVs on the market when European sales commence early in 2021.

The new image reveals how the large battery pack, fuel tank, engine and electric motor are integrated within the vehicle’s structure, retaining maximum space for luggage and up to seven occupants.

Irish spec and pricing for the Sorento Plug-in Hybrid have yet to be announced.

The vehicle boasts a powerful 1.6-litre T-GDi engine, producing up to 180PS and 265Nm torque.

This is supplemented by an electric motor, producing 67kW and 304Nm torque. Combined, the powertrain offers up to 265PS and 350Nm torque – making it the most powerful Sorento ever sold in Europe.

It also offers one of the largest luggage capacities in its class – up to 809 litres with the third row of seats folded down.

The car’s high-capacity 13.8kWh lithium-ion polymer battery pack is located beneath the driver and front passenger seats. The battery pack is sandwiched between the cabin floor and the Sorento’s underfloor.

In the Sorento’s all-wheel drive configuration, the ‘saddle-shaped’ battery pack lays over the top of the prop shaft.

This layout means the battery pack doesn’t intrude on the Sorento’s cabin or cargo space in the same way that it might in many other plug-in hybrid models, where the battery often takes up valuable boot space.