Introduction of the first Mercedes-Benz pick-up is still “a few years away,” according to Klaus Maier, Mercedes-Benz Vans Head of Sales and Marketing.

Speaking in Hamburg recently at a ‘TecForum’ event for Mercedes-Benz light commercial vehicle bodybuilders, Maier said that the as yet unnamed pick-up would be unveiled, as planned, “before the end of the decade”. 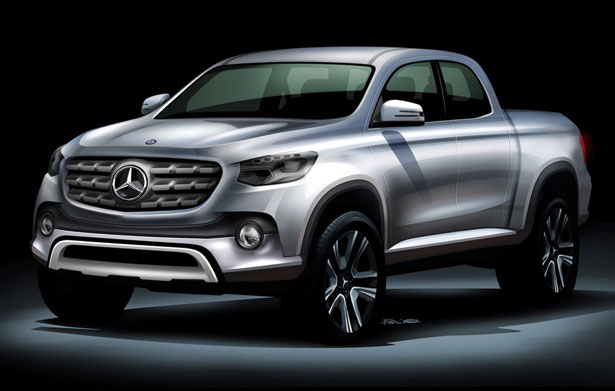 Speculation about the timing of its launch has been fuelled by confirmation from Nissan that its new NP300 Navara pick-up will go on sale in the UK early next year. The Mercedes-Benz pick-up will be based on the new Navara and is the result of an expansion of the co-operation between Daimler and the Renault/Nissan alliance. This co-operation has resulted already in the small Mercedes-Benz Citan van range (based on the Renault Kangoo) and use of Renault engines in the new Mercedes-Benz Vito van range.
Maier said, “We had often thought in the past about offering a pick-up. As we grow, especially in emerging markets, it’s obvious that we need a pick-up. There are customers who use the vehicle as a workhorse, but today we see a trend towards mixed use, with the pick-up being used more and more in leisure time.”

“We need another 12 months to finalise this,” said Maier. “It depends a little on the product portfolio. Will it be more on the workhorse side or on the leisure side? I would not rule out two offers: one from commercial vehicle dealers and one from car dealers.”