The 10 millionth model was a 460 horsepower 2019 Wimbledon White GT V8 six-speed manual convertible equipped with the latest driver assist technology and built at Ford’s Michigan Flat Rock Assembly Plant in the US.
The first serialized Mustang (VIN 001) produced in 1964 was the same colour and model with a three-speed manual transmission and 164 horsepower V8.

The Mustang has been America’s best-selling sports car over the last 50 years, based on Ford’s analysis of 1966-2018 total U.S. new vehicle cumulative registrations for all sports car segments.
Ford has sold over 7,000 in the UK since it first went on sale in 2016, and more than 38,000 Mustangs across Europe in the same period.

The leading five European markets for Mustang sales in 2017 were Germany, the U.K., France, Belgium, and Sweden. In 2017, the Mustang GT was the best-selling V8 sports car in the UK, with over 1,500 sold, according to the company. In Ireland, there were 24 new Mustangs registered in the first seven months of 2017. 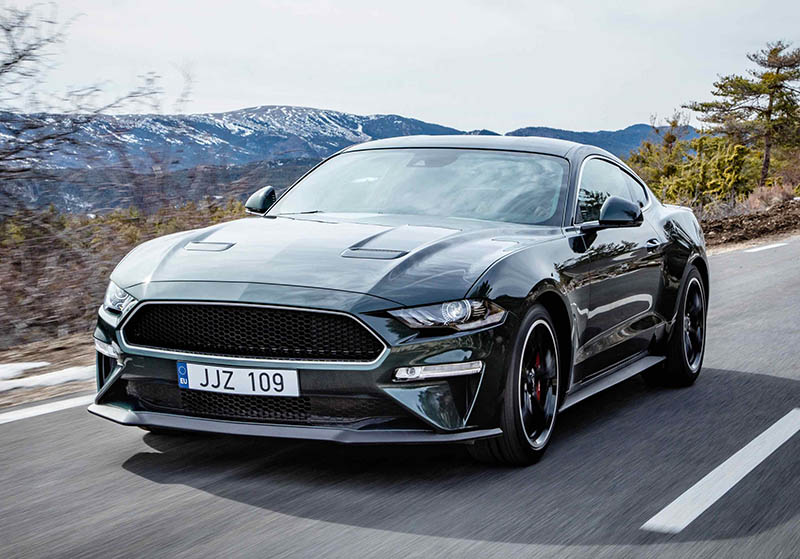 The special edition Ford Mustang Bullitt marks the 50th anniversary of the legendary Warner Bros. film. Powered by an enhanced 5.0-litre V8 engine, the Bullitt has now sold out its special edition production run for the year in the UK and Ireland, with vehicles due to arrive later this year.

Ford says that the latest Mustang offers more technology, exhilarating performance and more personalisation than ever. It features a more athletic exterior, and an upscale interior with soft-touch materials and 12-inch digital instrument cluster.

Enhanced powertrains include Ford’s 450 PS 5.0-litre V8 and 10-speed automatic transmission for 0-62mph acceleration in 4.3seconds. A six-speed manual transmission option is equipped with Ford’s new rev-matching technology for smoother, faster downshifts accompanied by a “blip” of the powerful engine.