Honda has a new High Five 172 sales campaign, which sees the latest generation CR-V available with a choice of what it describes as five highly competitive offers for the July 172 selling period. 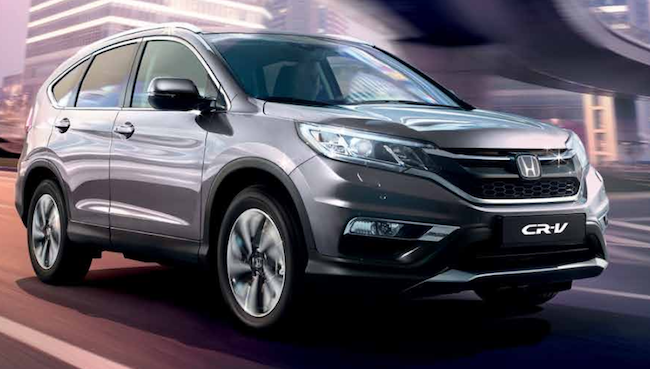 The various offers are as follows: a 3.9 per cent APR rate PCP Finance available; or a €4,000 guaranteed minimum trade in value; or a complimentary leather up-grade; or a 3 Years Road Tax and ‘Platinum Service Plan’, or the fifth choice – a €1000 Deal Booster.

As well as winning much critical acclaim, the CR-V has won many awards.

Speaking at the launch of the “High Five” campaign, John Saunders, Sales and Marketing Director of Universal Honda commented: “We are very excited to be bringing the ‘High Five’ campaign to our customers for the 172 July registration period.”

The CR-V continues as one of the cornerstones of the Honda range here in Ireland and with these five extremely competitive offers there is now something for everybody.