It’s fair to say that the ultimate judges of a good car are the owner drivers and the Kia cee’d owners have voted the model as ‘Best Compact Family Car’ in the recent UK 2017 Driver Power – New Car Survey.

Scoring just over 93 per cent overall cee’d was praised by owners in all categories with key areas standing out as mpg and running costs, exterior styling as well as infotainment, connectivity and electrics. 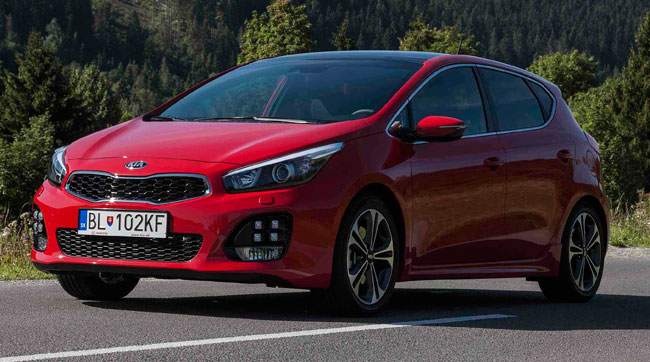 Not content with the ‘Best Compact Family Car’ award the cee’d also scooped top place in the ‘Infotainment, connectivity and Electrics’ category, cee’d was rated for its user-friendliness and touchscreen visibility. MPG and running costs were also highly rated with cee’d coming in third place.

With a high score of just over 93 per cent cee’d came in at fifth overall in the New Car Survey, but it’s not the only Kia that is well liked by its UK owners. The Kia Sportage came in twelfth overall in the survey with design, comfort and practicality being the key attributes for the popular model.

While Kia did very well, the really big winner was Skoda, with both first and second – the Superb finished on top and the Yeti in second. The Fabia came in eleventh place and the Octavia in twenty-first to round of a great showing for Skoda. Lexus were probably next best with an RX Mk4 in third, a CT Mk 1 in eight. and the NX Mk 1 ib fifteenth place.

The Power Driver Survey ranks the top 75 new cars to own voted for by readers of Auto Express magazine. Run every year the survey charts the best cars in Britain as voted for by their owners.