The long awaited all-New Land Rover Defender was revealed today at Jaguar Land Rover head-office in Dublin. Ahead of Irish launch this Spring, pricing for the Defender 110 2.0 SD4 AWD Auto model will start from €68,160. 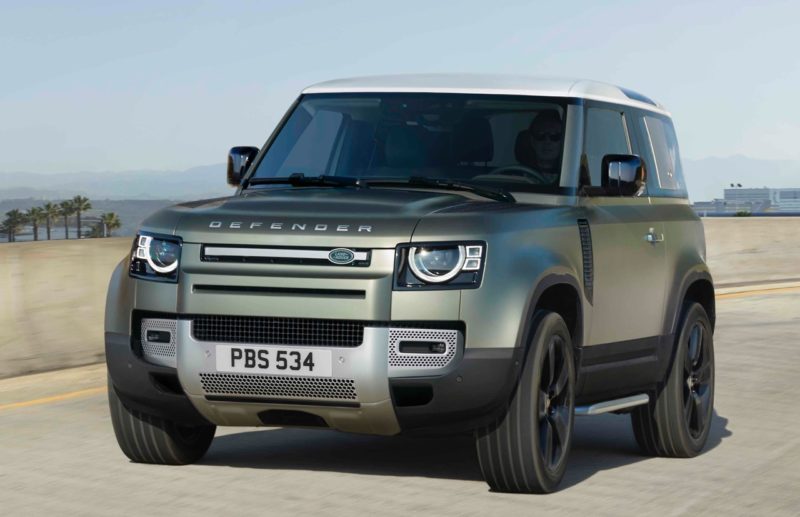 Land Rover says that it has defined all-terrain capability and toughness from the conception of its very first 4×4. The Series and Defender models before it, have gone above and beyond for decades, securing iconic status for their ability to help people make more of their world. The new Defender takes these much-loved characteristics and reimagines them for the 21st century.

It adds that the result is a visually compelling vehicle that couldn’t be anything else but a modern Defender for a world that has changed massively since the original was created.

With its distinctive silhouette and optimum proportions, Land Rover boasts that the new Defender has toughness at its core while its interior’s rugged modular architecture embraces the spirit of adventure that has been a fundamental part of Land Rover DNA for more than 70 years. Every detail of the exterior design has been creatively developed to re-enforce Defender’s DNA; sophisticated, durable and extremely tough, a vehicle design like no other.

The new Defender will be available in perfectly proportioned 90 and 110 body designs, with six models: the Defender, S, SE, HSE, and Defender X as well as the ‘First Edition’, with practical commercial models set to join the line-up later in the year.

Eddie Kavanagh Managing Director Jaguar Land Rover Ireland told us, “The new Land Rover Defender has been much anticipated and the reaction to the new model has been fantastic. This is the most durable and capable Land Rover ever produced, the most tested vehicle ever and a vehicle with huge appeal. We expect strong interest from the Irish market when the vehicle arrives later this Spring.”