The average value of cars being purchased in Ireland has exceeded €30,000 for the first time, according to car history check specialists, Cartell.ie.

A new report by Cartell.ie shows that the buyer of a new private vehicle in Ireland is now purchasing a vehicle worth more than €30,000 on average for the first time since Cartell started recording these statistics. 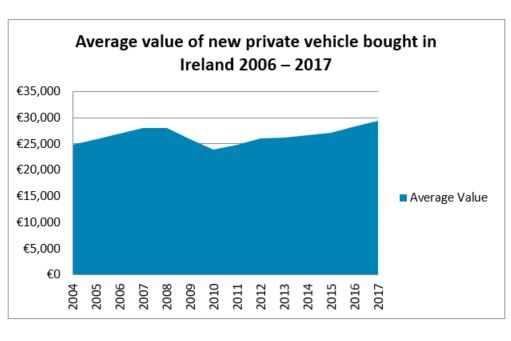