The Corolla Hybrid, the fourth model in the 2019 Toyota self-charging hybrid series will hit Irish showrooms in February 2019.

The first-ever Corolla hybrid will be charged with a 1.8 hybrid powertrain and will carry a more modern and stylized aesthetic.

Coming in as part of the new generation of self-charging hybrids arriving in early 2019, Toyota says that the Corolla is a unique offering in its segment; the combination of sleek styling, efficient and engaging hybrid driving dynamics makes for an outstanding package. 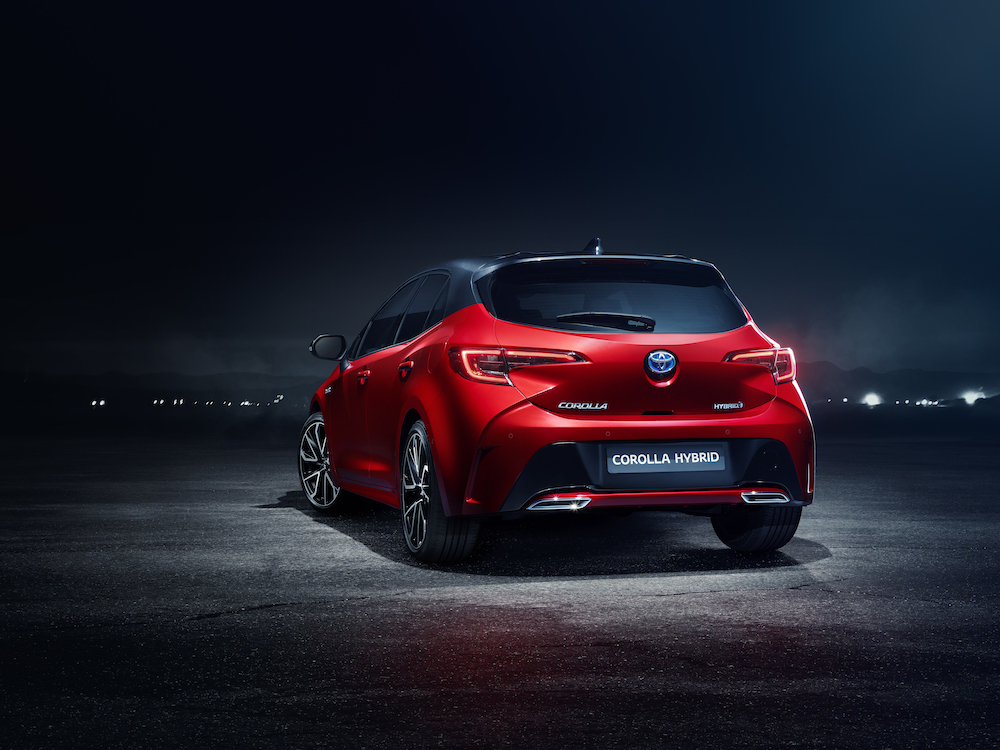 It will also be available with a 1.6 petrol engine, but Toyota Ireland predicts that 90 per cent of Saloon sales in 2019 will be hybrid.

The Auris is set to join the Corolla family under the new name – Corolla Hatchback – and will sit alongside the extended Corolla range that now includes the Saloon and the Touring Sports.

The first public appearance of the extended Corolla range will be the Corolla Touring Sports model at the Paris Motor Show in October.

Prices and grade level information for all models of the 191 Corolla will be available from Toyota dealers nationwide on October 18, where deposits will be taken to guarantee delivery.

Commenting on the new 2019 Corolla Hybrid Steve Tormey, Chief Executive of Toyota Ireland said: “2019 is an incredibly exciting year as we see the arrival of the first ever Corolla Hybrid in Ireland. The Corolla, the world’s best-selling car, has long been Ireland’s favourite, and our customers have been eagerly awaiting the hybrid variant.

We’re also delighted to announce the extension of the Corolla family which represents the clear strategy to use the power of big global brand names to complement Toyota’s New Global Architecture (TNGA).”

“The brand new premium Corolla Hybrid will reflect the core attributes of the new generation of game-changing hybrids, with its distinctive design and engaging driving dynamics.” Tormey added.