The Mini Countryman, the biggest and most versatile member of this iconic model family, has an updated design. It will have a starting recommended retail price of €34,070.

The new Countryman features a plug-in hybrid ALL4 which the manufacturer claims combines efficiency and hybrid-specific all-wheel drive with the option of pure electric driving. 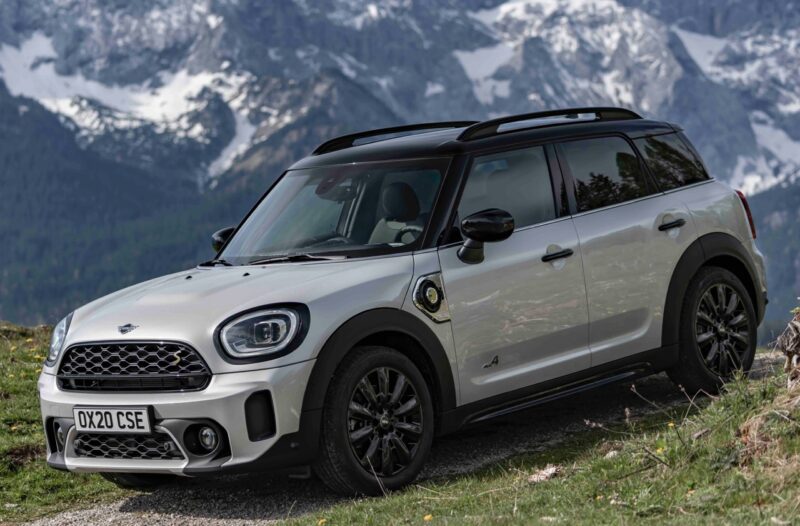 Mini says that the engines have seen extensive development and cover an output ranging from 100kW/136hp to 140 kW/178 hp. It adds that they already meet the emissions standard Euro 6d, which will not be binding until 2021. And that all three engines can be combined with the all-wheel drive system ALL4 on request.

The new Countryman is instantly recognisable. The car’s upright stature and increased ground clearance indicate its generous interior space and robust character. The optional Mini ALL4 exterior look and roof rails, are provided as standard, which it says, further underline the versatility of the new Mini Countryman, whilst the aerodynamically optimised exterior features on the Sport models add an extra touch of power.

The car’s front section has a precisely modified design with the new structure of the bumper covering, now entirely in body finish, ensuring a clear-cut and high-quality appearance. The redesigned radiator grille has the signature hexagonal contours and is surrounded by a slim, one-piece chrome frame.

The redesign of the front section adds LED headlamps to the standard trim in the new MINI Countryman. Adaptive LED headlamps with variable light distribution and matrix function for high beam are now also available as a newly added option. 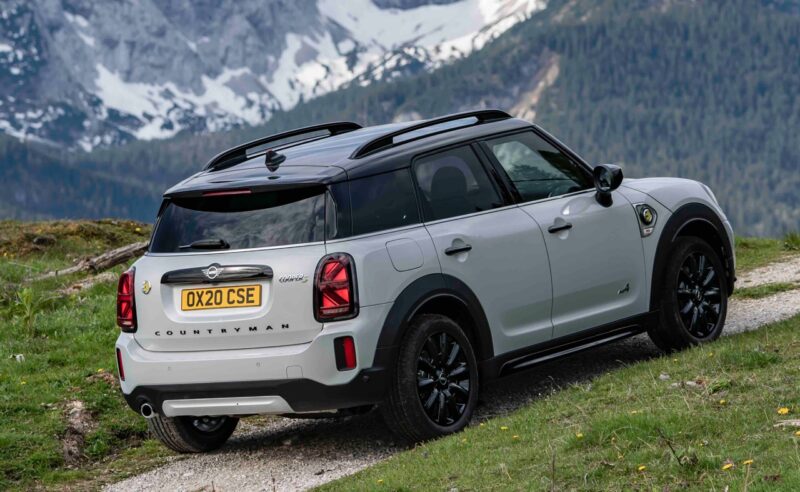 With its redesigned bumper trim, the rear apron also contributes to the contemporary look of the new Mini Countryman. The upright rear lights with a chrome frame nod to the origins of the brand and all lighting functions now feature high-quality LED technology as standard.

The range of body finishes opens up new possibilities for an individual look, including the newly added colours White Silver metallic and Sage Green metallic. Depending on the model variant, the roof and mirror caps of the new Mini Countryman can be finished in black, white or silver as an alternative to the body colour.

The new Piano Black Exterior option, available for all variants of the car, is a de-chroming high-gloss black finish on the headlamp surrounds, rear lights, radiator grille and side scuttles, door handles and the model lettering on the luggage compartment lid. Additional identification features in high-gloss black are available from the range of Original Mini Accessories, including the Mini logo and the “Cooper S” and “ALL4” inscriptions in Piano Black. Matching exterior mirror caps and side scuttles with a grey-black flag pattern in Night Jack are also available for retrofit.

The new Mini Countryman has a versatile interior with three fully-fledged rear seats which fold down with a 40:20:40 split, expanding transport capacity and storage from 450 litres up to 1390 litres.

Selective customisation of the interior to reflect the customer’s personal style has become even more attractive with the addition of new options and a further developed product range. The Mini Cooper S Countryman and Cooper Plug-In Hybrid ALL4 models now come with Piano Black interior surfaces for the cockpit and door bezels as standard.

The interior of the new Mini Countryman now has an extended range of standard and optional equipment.

The Radio MiniVisual Boost and the digital instrument display form part of the standard navigation pack, while the ‘Navigation Plus’ pack has a range of additional infotainment functions in addition to the route guidance system, as well as wireless charging for compatible mobile phones and a second USB socket.

MINI also reminds us that high-quality retrofit options from their original accessories programme enable functionality, convenience, driving fun and individual style to be adapted even more precisely to personal preferences in the new Mini Countryman.