As the global leader for electric vehicles, Nissan is well-placed to judge the customer reaction towards the forthcoming launch of its pioneering, all-new Leaf EV. 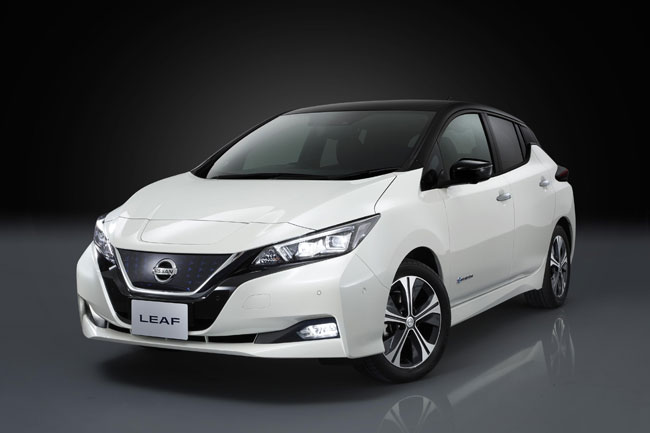 Back in 2010, when the first-generation Leaf was introduced in Europe, most competitors were sceptical towards this Nissan innovation, as they continued their focus mainly on internal combustion engine improvement.
Fast forward eight years. Consumers’ understanding and appetite for electric vehicles has evolved, with demand experiencing a five-fold increase since 2012’s low levels. Further back in 2010, orders for the original Leaf could be counted in the hundreds as customers were presented with this new and exciting, but still unproven technology.Now the vast majority of car brands are developing their own first-generation EVs.
At the same time Nissan says that it has built upon the experiences and feedback of 83,000 Leaf drivers to develop a brand new vehicle.
Since early October customers have been able to place orders for new Leaf through their local Nissan retailer. And the Japanese carmaker is claiming an impressive 10,000 customer orders have been taken without new model being physically available in dealerships for test drive, and without direct consumer advertising and promotion. And naturally, growth would be expected to increase as the vehicle starts to hit the showrooms from February 2018.
Nissan says that the car has been praised for the host of new innovations and technologies it brings, including Nissan ‘ProPilot’ driver assistance technology, and carmaker’s ‘e-Pedal’, where driver reducing the usage of the brake pedal by 90 per cent as he activates the one- pedal drive mode.
Production of the new Leaf began in early December at Nissan Europe’s manufacturing facility in the UK, and Nissan says that it is being ramped up to meet the high customer demand. First deliveries should start in early next month (February).