Peugeot Ireland says that it will introduce the all-new 208 to Dealer showrooms here next January. It promises to be available from launch with a choice of petrol, diesel or electric powertrains. 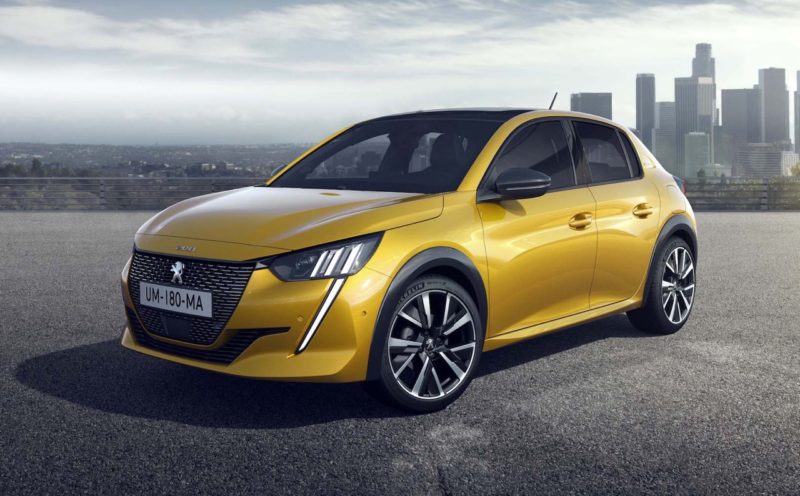 Peugeot adds that the new 208 brings to market the latest-generation i-Cockpit and 3D head-up display, together with what it says is a range of driving aids usually reserved for more expensive models. The new 208 boasts a sleek and more upmarket look.

The new e-208 offers a lively, stimulating driving experience with its 100 per cent electric engine, available from launch. Interior and boot-space are identical to the internal combustion engine versions with the batteries distributed under the floor pan. The 100 KW (136 bhp) electric engine develops 260 Nm of torque from 0 km/h, for instant response.

With three drive modes on offer, (Eco, Normal and Sport), Peugeot claims that the e-208 delivers 0 to 100kmh in 8.1 seconds in Sport Mode. The promised drive range is up to 340 km, which it says is in accordance with the latest WLTP (Worldwide harmonised Light vehicles Test Procedures) certification. The battery is guaranteed for 8 years or 160,000 km.

Three charge modes are possible: via a conventional domestic socket, or for a full charge in 16 hours, using a heavy-duty Legrand® Green Up T socket. The second is from a wall box, providing a full charge in five hours 15 minutes using the three-phase version (11 kW) or in 8 hours for the single-phase (7.4 kW) version; using a 100kW DC public charging terminal. It boasts that 80 per cent of the charge is reached in 30 minutes.

The company says that the new 208 is longer, wider and lower than its predecessor, revealing a distinctive body-line, and a more sporty look.

Mirroring the 3008, 5008 and new 508 range, the rear end of the new 208 stands out. The rear spoiler is available in a gloss black finish and, depending on the engine variant, may be enhanced by a chrome exhaust tail pipe.

In addition to standard body colours and the optional Black Diamond roof, Peugeot says that new 208 is on offer with a range of tints to reflect the vehicle’s energetic character: Faro Yellow; triple coat Vertigo Blue; Elixir Red with additional topcoat that deepens the colour depth.

The new 208 benefits from a new-generation of the Peugeot i-Cockpit, now claimed to be an inseparable part of the brand’s DNA, with a firm following of over five million drivers since its launch. Depending on the trim, the 3D instrument panel displays information at two levels.

In addition to the door bins and glovebox, there are three additional storage areas (depending on version), including a large storage area under the armrest between the front seats, an easy-access tray in front of the gear lever and a clever concealable storage space in the central console that can be used to discreetly induction-charge a smartphone.

With Drive Assist, Peugeot says that the new 208 is forging the way to semi-automatic driving with its latest, best-in-segment generation of driving aids. Dependent on trim, there is a myriad of driving aids, available as standard or as an optional extra.