Irish Ferries tells us of the new sailings schedule it will introduce following the arrival in mid-2018 of its new 55,000 tonnes cruise ferry W. B. Yeats currently being built in Germany. This will double their summer departures to France.

Highlights of the plan will see a doubling in the number of summer sailings between Ireland and France – offering daily departures alternatively from both Dublin and Rosslare ports. This is coupled with an increase in autumn/winter sailings frequency, and an expansion in passenger, car and freight carrying capacities on the company’s prime Ireland – UK route between Dublin and Holyhead. 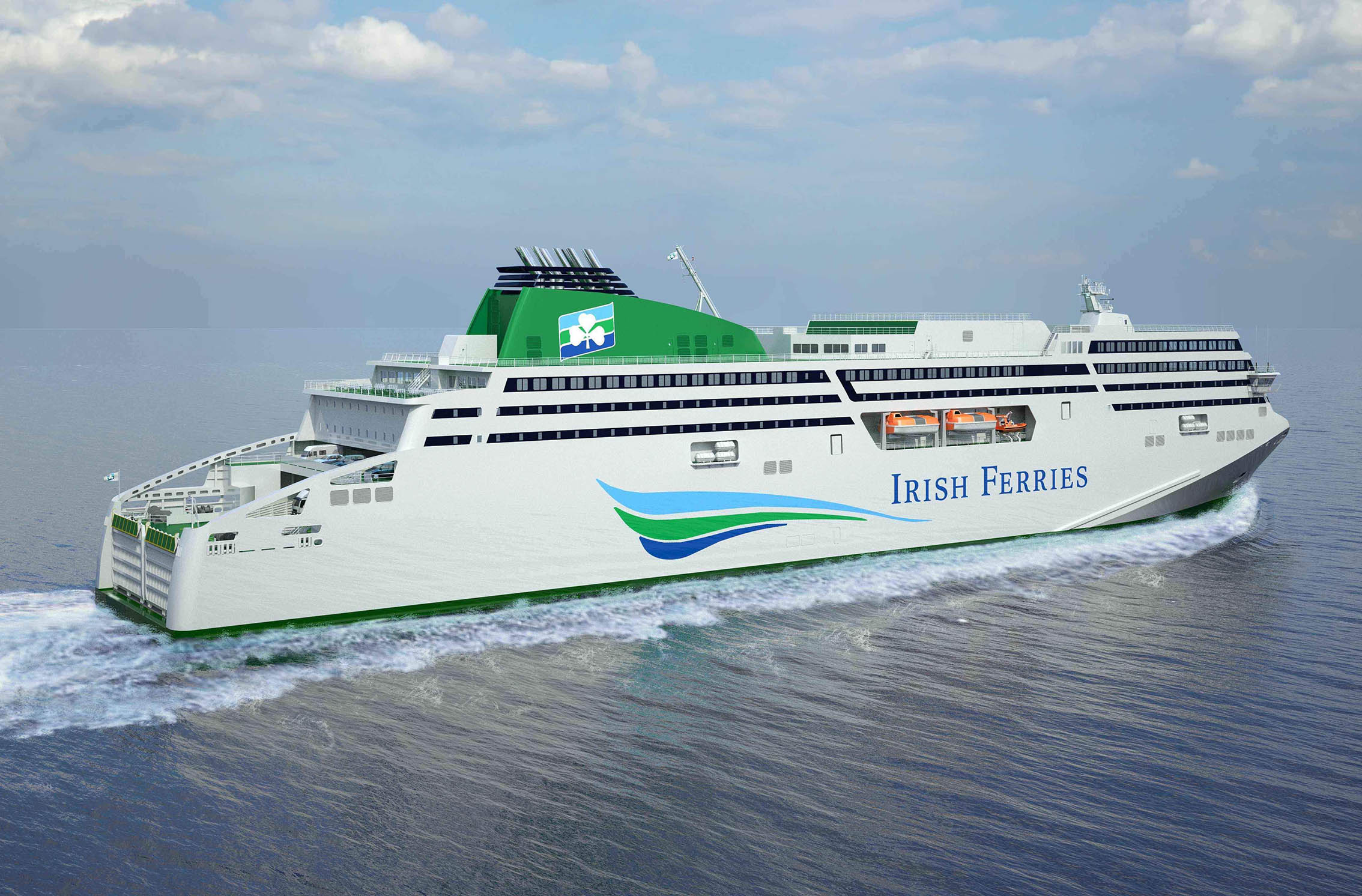 Described by its managing director, Andrew Sheen, as a plan “to be welcomed by all interests and one that will give a significant boost to Irish tourism and trade”, the proposed new sailings and scheduling arrangements will, he said, “give passengers and freight customers alike, more choice in terms of routes and departure dates, particularly on services to France.”

When delivered, the new W. B. Yeats will be the largest and most luxurious ferry ever to sail on the Irish Sea. It will have space on board for 1,885 passengers and crew, 1,200 cars in 4kms of vehicle deck space, and 441 cabins, with a variety of cabin grades including luxury suites. A waiter service a la carte restaurant, choice of lounges, an outside promenade deck and a host of entertainment options are amongst its other features.

On Ireland – France routes, the introduction of W. B. Yeats will enable Irish Ferries to double the current number of sailings between the two countries with planned daily departures in alternate directions.

On the Dublin – Cherbourg route, new arrangements will see the W. B. Yeats operate up to four return sailings weekly on what it says is becoming an increasingly popular route for the summer season. In parallel, the company’s scheduled services from Rosslare to the French ports of Cherbourg and Roscoff – operated by the cruise ferry Oscar Wilde – will include an increase in the number of summertime departures to the popular Breton port of Roscoff. In the off-peak winter season, the vessel Epsilon will replace the W.B. Yeats providing a year–round service from Dublin to the Continent for both freight and tourism customers.

From mid-September next, W. B. Yeats will transfer to the busy Dublin – Holyhead route. Irish Ferries says that there it will take up service alongside the existing Irish Ferries vessel Ulysses to deliver a ‘significant three-fold benefit’ that it believes will be wholly welcomed by tourist, business and import/export customers.

Adding its passenger and vehicle carrying capacity to that of Ulysses – the world’s largest car ferry when introduced in 2001 – the move will see customers benefit from an increase in sailings frequency and an expansion in the passenger, tourist car, coach and freight carrying capacity that its introduction on this busy route will bring. Given this additional investment in the route, the Dublin Swift fast ferry will operate a summer only schedule next year and will return to Irish Sea service in early April 2019.

Looking ahead to the launch of W. B. Yeats and its arrival into Dublin next July, Andrew Sheen said: “the service we envisage post its introduction is one that will raise ferry travel to new levels of luxury, comfort and reliability never before offered in the Irish marketplace”.

”We know our customers will be pleased with our investment and we look forward to welcoming them onboard our new luxury cruise ferry next summer,” he added.