A new €4 million, Texaco-branded service station has been opened on the approach to Newtownmountkennedy village in Co. Wicklow. 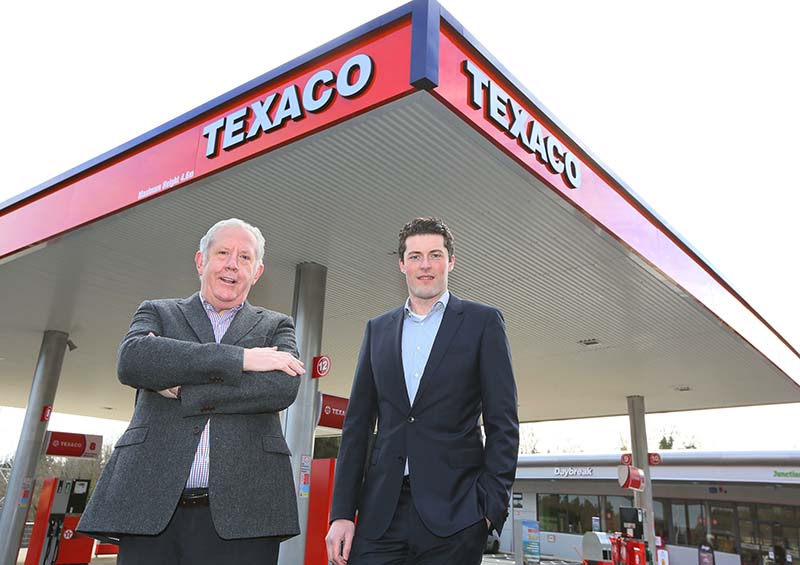 Gerard and Benjamin Marbach, pictured on the forecourt of their new €4million, Texaco-branded service station which has opened at Newtownmountkennedy, Co. Wicklow.

Set on a 8.5 acres site bordered by trees on all sides, the new outlet has been under construction since May of last year and is located little more than 200 yards from Junction 12 on the main Dublin to Wexford dual-carriageway.

Family-owned and managed by Gerard Marbach and his son Benjamin, both from Enniskerry, facilities include sufficient pumping power to fuel up to 12 vehicles simultaneously, a convenience store operating under the Daybreak brand, and a Bewley’s Coffee café with its own separate seating area.

According to a statement issued to promote the new outlet, future plans for the site envisage the construction of a motor showrooms and a Continental-style retail development on the lines of Cork’s renowned English Market housing a bakery, restaurant and numerous other artisan outlets, with 250 car parking spaces adjoining.