Nissan has unveiled the all-new, third-generation Qashqai, which is available to order in Ireland now, with prices to be announced in summer.

While the new Nissan Qashqai will offer hybrid-only powertrains, it also represents the European debut of e-Power, Nissan’s award winning powertrain, that draws technologies from the company’s 100 per cent electric Leaf.

According to Nissan, 50,000 Irish motorists currently drive a Qashqai, while the brand adds that it has sold over three million units of the car in Europe since its launch 13 years ago. 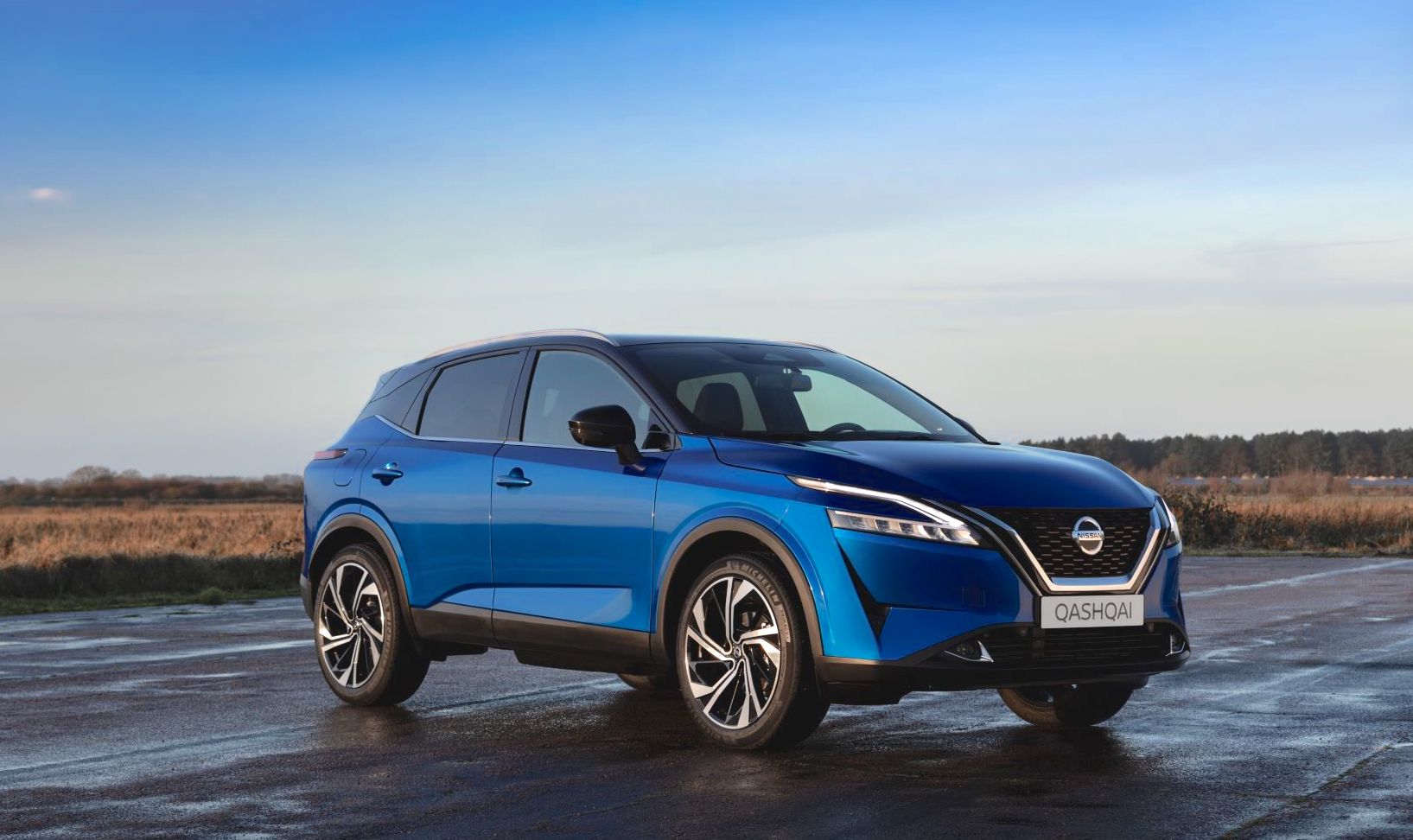 The new Nissan Qashqai will be available with a 1.3 DiG-T petrol engine equipped with 12v mild hybrid technology.

According to Nissan, this system is a more affordable hybrid technology that provides torque assist, extended idle stop, quick restart and coasting stop [Xtronic only], with improvements to both fuel economy and CO2 output (-4g/km). It’s mated to the refined 1.3 Dig-T petrol engine that was introduced to Qashqai in 2018.

The 1.3-petrol motor will be offered with two power outputs – 138hp and 156hp – with either a six-speed manual transmission, or new Xtronic gearbox (156hp only). Max engine power arrives at 5500rpm, with maximum available torque of 270Nm at a convenient 1750rpm on 156hp Xtronic and high power MT variants.

On manual versions, Nissan says the gearbox has been enhanced for a quicker, more direct and sportier shift feeling. The new generation Xtronic transmission offers better fuel economy and acceleration feel thanks to improvements including a twin oil pump system with new electrical oil pump, the brand tells us.

2WD is available on both 138hp and 156hp versions, whilst 4WD will only be available on 156hp Xtronic models.

Nissan tells us that the new 4WD control system and driving selection mode is more intuitive and intelligent, adapting itself to external conditions with five driving modes – ‘Standard’, ‘Eco’, ‘Sport’, ‘Snow’ and ‘Off-Road’. In case of any wheel slip, the time which the 4WD system acts has been reduced by a factor of five to around 0.2 seconds. 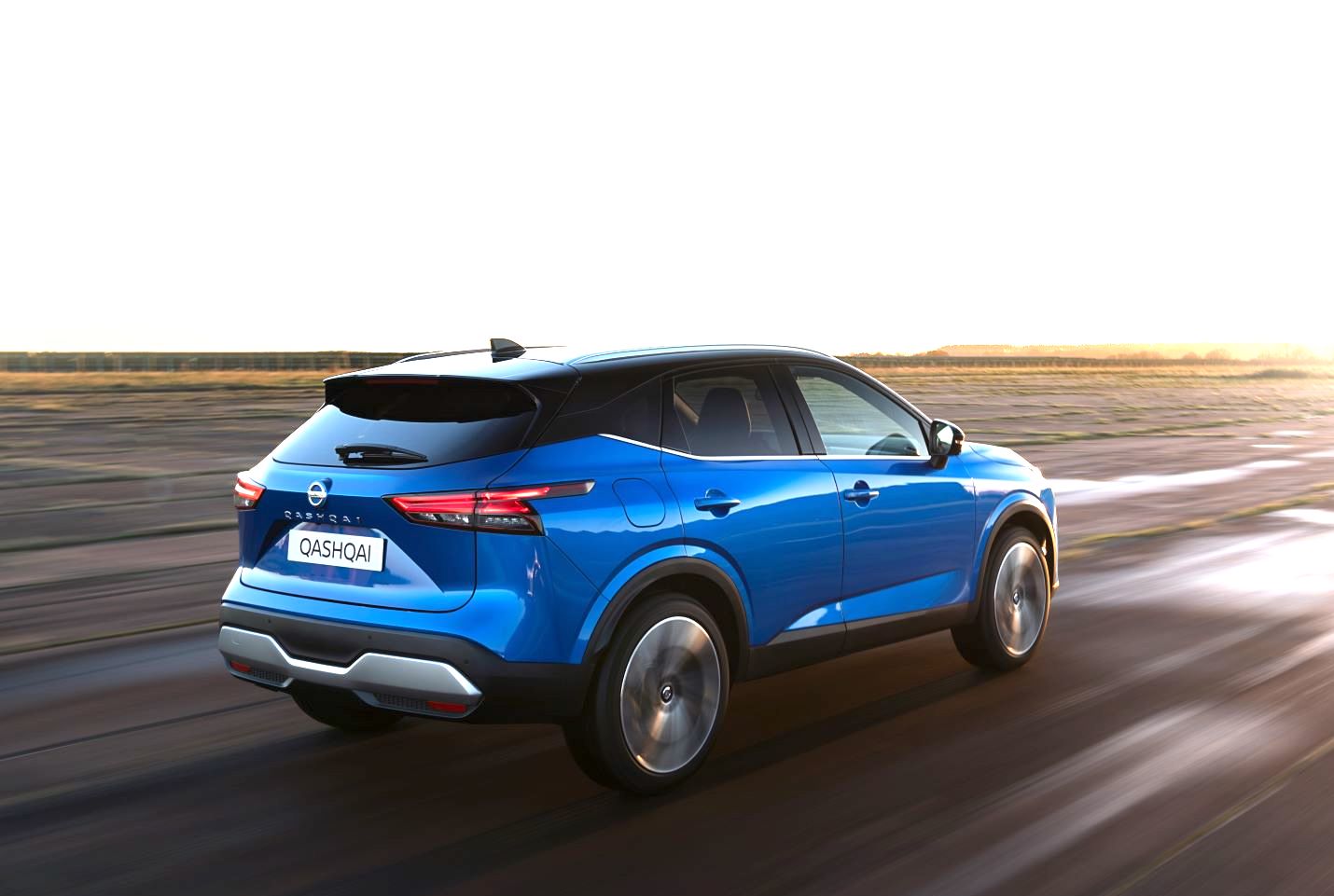 The aforementioned e-Power system is described by Nissan as “a unique solution which provides the enjoyment of driving electric without having to worry about range or charging”.

It adds that the unique element of the e-Power is that the petrol engine is used solely to generate electricity, while the wheels are completely driven by the electric motor.

This system is comprised of a high-output battery and powertrain integrated with a variable compression ratio 154hp petrol engine, power generator, inverter and 140kW electric motor of similar size and power output to that found in Nissan’s electric vehicles.

Nissan says the e-Power installation has been significantly upgraded for the new Qashqai in order to meet the demands of European consumers and their daily drive. The 1.5 litre petrol engine has a final power output of 140 kW (187hp).

Similar to the Leaf, the new Qashqai e-Power benefits from Nissan’s ‘e-Pedal’, meaning drivers can start, accelerate and decelerate using only the accelerator pedal.

On the outside, Nissan describes the new Qashqai as “more muscular, sharp and modern”. The brand has extended the car’s wheelbase and added 20-inch alloy wheels to the Qashqai for the first time.

The brand also boasts how refinements to the ergonomic design of the doorways means that it is also easier to step in and out of the car, particularly in restricted spaces such as a multi-storey car parks. Where space allows, parents will appreciate that the rear doors now open to 90 degrees, allowing easier access to babies and toddlers in child-seats.

The new Qashqai also offers an advanced infotainment system with a broad portfolio of connected devices including effortless integration of smartphones, in-car Wi-Fi for up to seven devices and NissanConnect Services, a dedicated app with which to interact with and monitor the vehicle. 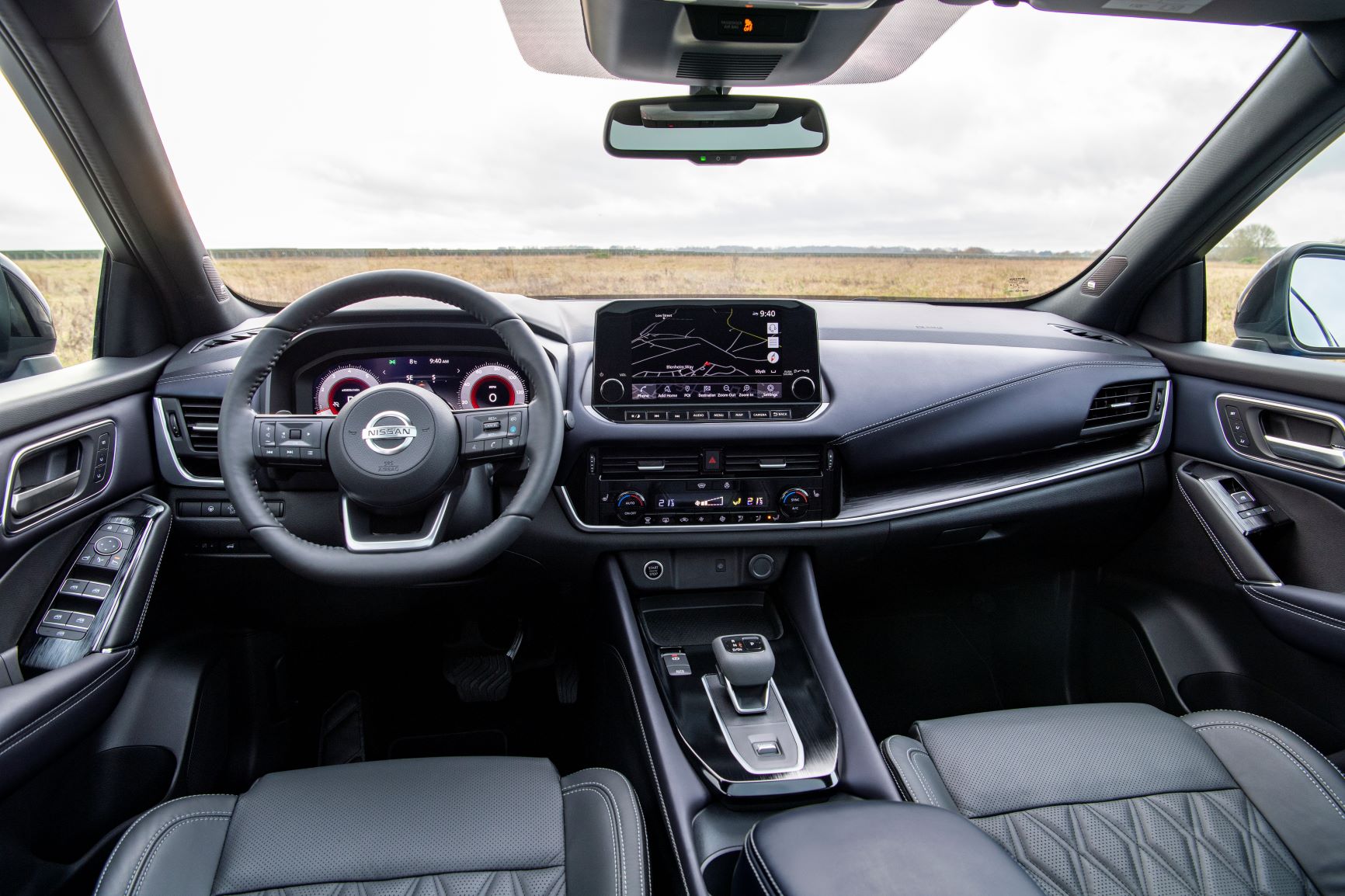 A new 10.8-inch Head-Up Display (HUD) provides the biggest-in-segment image size, Nissan claims, while key navigation, driver assistance and road information are projected onto the windscreen within the driver’s line of vision. Home-to-Car features are compatible with Google Assistant and Amazon Alexa devices.

The order books for the new Qashqai are now open, with first customers being offered a special launch version called the ‘Premiere Edition’, which Nissan says will offer an extended palette of two-tone colour options and advanced technology convenience features.

“The new Nissan Qashqai combines the best of Nissan’s pioneering crossover and EV expertise. It allows new and existing Qashqai drivers to experience hybrid and electric driving without range or charging concerns in an unmistakably stylish crossover that continues to deliver everything they would expect from a family car,” said Seamus Morgan, Managing Director of Nissan Ireland.