One in seven used vehicles for sale have finance owed

Vehicle data expert Caetell.ie reports that the proportion of vehicles offered for sale (across all years) with finance outstanding is 14.3 per cent – up from 12.5 per cent in July 2017 and 11.5 per cent in January 2017. This is a further reminder for buyers to check any second-hand vehicle they are considering buying for outstanding finance.
From a sample of over 5,906 vehicles offered for sale and checked via the Cartell.ie website in 2017, it was found that overall levels of finance have increased 24.3 per cent in 12 months since January and 51 per cent in 18 months since June 2016, when the rate recorded was 9.5 per cent. 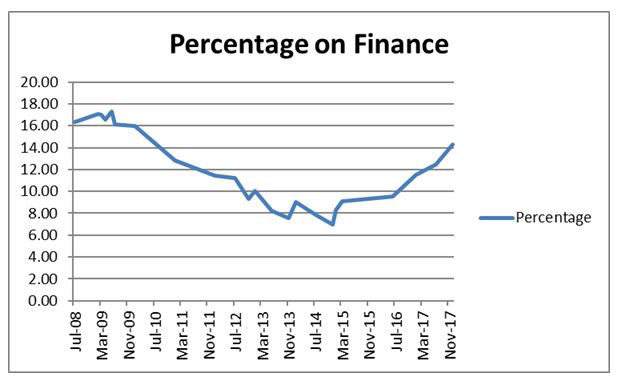 John Byrne, Legal and Public Relations Manager, Cartell.ie, says: “In terms of the overall picture 14.3 per cent of all vehicles checked with Cartell.ie so far in 2017 have finance outstanding. This is up from 11.5 per cent in January and 9.5 per cent in June 2016. These are very significant jumps.
To give you some idea where we are coming from the levels of finance outstanding was 7 per cent in December 2014 meaning the rate has doubled in three years. A buyer is advised to check a vehicle for outstanding finance as the finance house owns the vehicle until the last payment has been made – the bottom line is that you can lose the vehicle.”