The European Car of the Year award ceremony was held in exceptional conditions at Palexpo exhibition centre today. Behind closed doors, the event was transmitted live on the Geneva International Motor Show website and Facebook page. 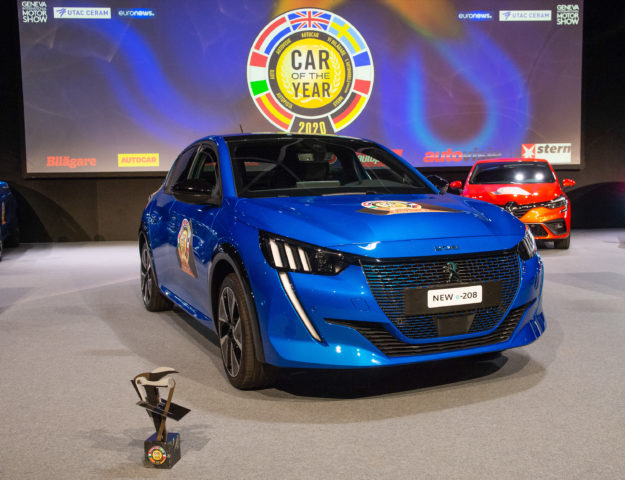 The Peugeot 208, European Car of the Year.

A jury of 58 journalists voted the Peugeot 208 as European Car of the Year ahead of the six other finalists. The car stood out from its competitors thanks to its exceptional choice of powertrains which includes an electric version beside the traditional gasoline and diesel engine.

The European Car of the Year is organised by seven major magazines in Europe: Auto in Italy, Autocar in the United Kingdom, Autopista in Spain, Autovisie in the Netherlands, L’Automobile Magazine in France, Stern in Germany and Vi Bilägare in Sweden. The 58 reporters from 23 countries in Europe’s automotive world voted for the winner.

Once the winner was announced, Frank Janssen, President of the Jury and car journalist from the German magazine Stern, had the opportunity to talk to Mr Jean-Philippe Imparato, the brand director of Peugeot, by video-conference. Not present on site, Mr Imparato was able to react live to the announcement. “We are delighted that the Peugeot 208 has been honoured “European Car of the Year”. It’s fantastic to be recognised by a jury of experts like the European Car of the Year jury”.