A rare Aston Martin DB4GT Lightweight lit up Bonhams Bond Street Sale in London yesterday. It is one of only nine examples produced sold for nearly £2.4 million Sterling. 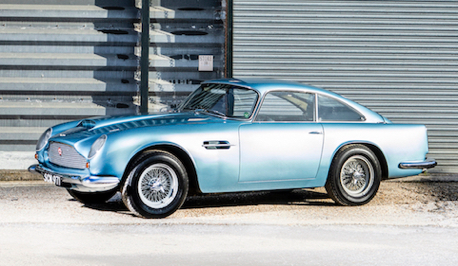 The DB4GT, one of only nine examples completed to special Lightweight specification by Aston Martin, and offered to the market for the first time in more than 50 years, was the subject of lively bidding between prospective buyers in the room and on the telephone before being sold to an overseas collector.