The presentation was made to dealer principals, John and Tim Reen, at a glittering dealer dinner in the Powerscourt Hotel Resort and Spa, Wicklow. Recent winners of the National Peugeot Service Manager 2017 accolade, Reen’s Rathmore are no stranger to awards; the Dealership was Peugeot Dealer of the Year in 2006 and again in 2015. 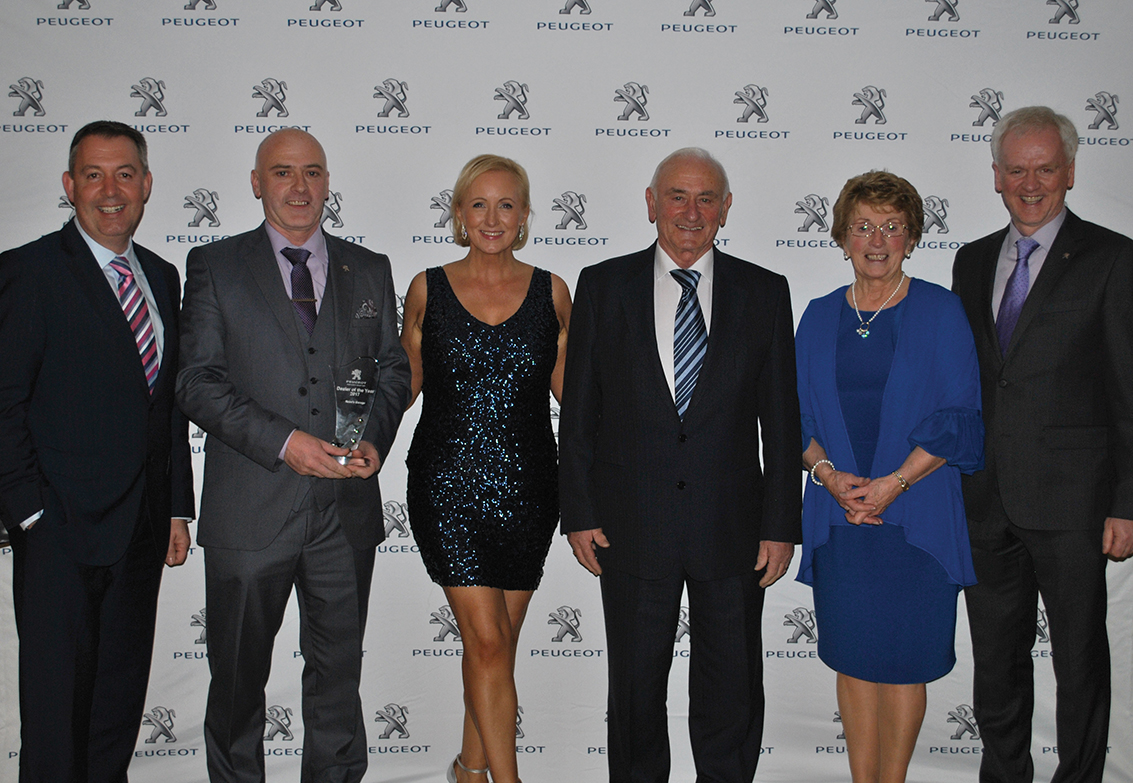 Des Cannon, Managing Director at Gowan Distributors Limited, Peugeot importers in Ireland, said: “Reen’s Rathmore have delivered the highest year on year sales increase across the Peugeot range in 2017. However, that’s just one strong performance indicator we look at when choosing our Peugeot Dealer of the Year. Indeed, every member of the team at Reen’s Rathmore – across Administration, Sales, Parts and Service – has repeatedly demonstrated incredible energy, drive and excellence in customer service – over many years. They are a breath of fresh air. Clear winners of this year’s title, I wholeheartedly congratulate them.”

Tim Reen, Dealer Principal, said: “We are simply overwhelmed with the Peugeot Dealer of the Year award. It is so gratifying to know our team’s continued efforts are recognised by Gowan Distributors. The Peugeot range has never been so strong or diverse, from the load-lugging Partner van, to the new Peugeot 3008 SUV, Irish Car of the Year 2018. We very much look forward to 2018 with renewed confidence. I want to thank each and every one of our loyal customers so sincerely for all of their support in 2017 and we look forward to seeing them in 2018 at Reen’s Rathmore.”

The family-run business in Rathmore was first established by brothers John, Vincent and Donie Reen. Appointed Main Peugeot Dealers in 1987, the business grew to new heights in 2005 when a new state-of-the-art showroom was opened on the existing site in Rathmore. Increasingly recognised in their locality for their outstanding customer service, the family have a strong ethos of always putting the customer first.