The Road Safety Authority (RSA) has revealed the results of a national research survey it commissioned into the attitudes of Irish adults towards self-driving cars.
The study, which was conducted by Behaviour and Attitudes, was presented at the RSA’s Annual International Conference, which this year focused on Connected and Autonomous Vehicles (CAVs) or self-driving vehicles as they are more commonly known.

Despite these misgivings, the main perceived benefit of self-driving cars is primarily associated with easier and safer driving, with 42 per cent of those interested in owning a self-driving car maintaining that they will lead to less road deaths and injuries.

The survey also found that over a quarter (26 per cent ) of Irish adults’ express strong interest in owning a self-driving car – something that declines significantly with age – peaking at 41 per cent of those under 25 years old. Over half (53 per cent ) of those interested in owning an autonomous car see themselves using the free time created by self-driving to use their phones, read or watch television, while 12 per cent say they would use the time to sleep. 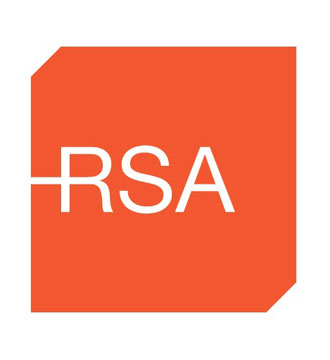 Speaking at the RSA’s conference on Connected and Autonomous Vehicles (CAVs), Ms. Liz O’Donnell, Chairperson, RSA said, “Connected and Automated Vehicle technologies are clocking up significant test miles across the world and have the potential to make a major positive impact on road safety. The transition period to self-driving vehicles needs to be carefully planned and managed in this country as this is likely to be the most challenging part of adopting this technology in Ireland. It is critical that Ireland has the right national regulatory framework in place to ensure the safe roll out of these ‘self-driving’ vehicles across the nation. For example, Irish road traffic laws will need to be updated to adapt to the new and emerging technologies.”

Commenting on the results of the research study Moyagh Murdock, Chief Executive of the Road Safety Authority, said: “I was somewhat surprised at the results of the research commissioned by ourselves about the awareness amongst the Irish public of how soon driverless and CAV vehicles could arrive on our roads. While we have some of the most cutting-edge technology companies, such as Apple, Google and Facebook, located here in this country and we are a hub for innovation, there appears to be relatively low expectations as to the potential for self-driving vehicles to improve road safety. I think we will see them on our roads much sooner than people currently realise. While some may say that we should be addressing issues such as potholes, road markings and signage before worrying about driverless cars, we must prepare for the inevitable arrival of autonomous vehicles by raising public awareness, identifying the necessary legislative changes, building capability on new roads and investing in technology infrastructure such as 5G. Today’s conference is a great opportunity to bring together the many and varied stakeholders in the equation to ensure Ireland is ready for the benefits and risks that connected and autonomous vehicles can bring. This will require more leadership from the EU which will in turn enable our own legislators make the necessary laws to prepare for their introduction!”

“The automotive space is going through a transitional period which will shape the industry beyond recognition, but the changes may also have a significant impact on road safety and have the potential to save lives. As part of its efforts to save lives on Irish roads, the RSA will continue to work to educate all road users about cutting edge automotive developments and the impact, for better or for worse, these may have on road safety in the future.”

For a list of speakers at the RSA Annual International Road Safety Conference 2018 and their presentations, visit rsa.ie