Škoda Ireland has revealed full details of the eagerly anticipated Karoq, the second model in the brand’s SUV offensive. 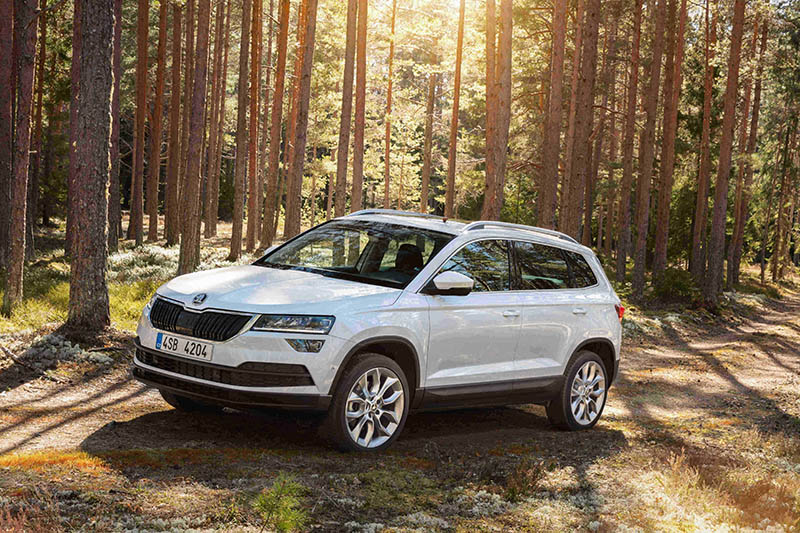 The Škoda Karoq will make its debut on Irish soil this December and starts at just €27,715 for the very well-equipped Ambition model. New technologies including a digital information display and a new 1.5 TSI petrol engine will be featured for the first time in a Škoda

The Škoda Karoq sits just below its bigger brother, the Kodiaq in the Škoda line-up, giving customers all the space, functionality and simply clever features that are synonymous with the brand.

The Škoda Karoq offers exceptional space and functionality for five people, with the Škoda Design language clear to see. From its aggressive stance and off-road character to its LED lighting, use of high-quality materials and precise workmanship, the Karoq makes a great first impression.

The positive impressions continue when you discover the optional Vario-Flex seats that can be adjusted forward and back, folded or completely removed, allowing for the boot capacity to be increased to a cavernous 1,810 litres if required, as well as the umbrella beneath the passenger seat and the optional electric tailgate. From a dimensions point-of-view it is larger than the Yeti, which it replaces, 160mm longer, 48mm wider and the boot capacity increasing by 105 litres. Despite this, the Karoq is actually 13kg lighter than the outgoing Yeti.

New technologies including driver-assistance systems and full LED headlights are featured and – for the first time in a Škoda– a digital instrument panel, which allows the driver to dynamically view numerous pieces of information at a touch of a button. The Karoq comes with a choice of four engine variants ranging from 116 HP to 150 BHP with three DSG offerings as well as a 150hp 4X4. The top navigation systems, Columbus and Amundsen, also offer a Wi-Fi hotspot and an optional LTE module is available for the Columbus system for on board WIFI. A wireless phone charger can also be added to the Karoq removing any smart phone battery life anxiety.

Speaking at the launch of the Karoq, Mark Mulvaney, PR Manager at Škoda Ireland, said: “After the huge success of the KODIAQ our SUV journey continues with the arrival of the Karoq. This is a hugely important vehicle for us moving into 2018 and one that we see taking Škoda’s  SUV range to the next level. Irish customers can expect to see the Karoq in dealer showrooms later this winter in time to order for January 2018.”