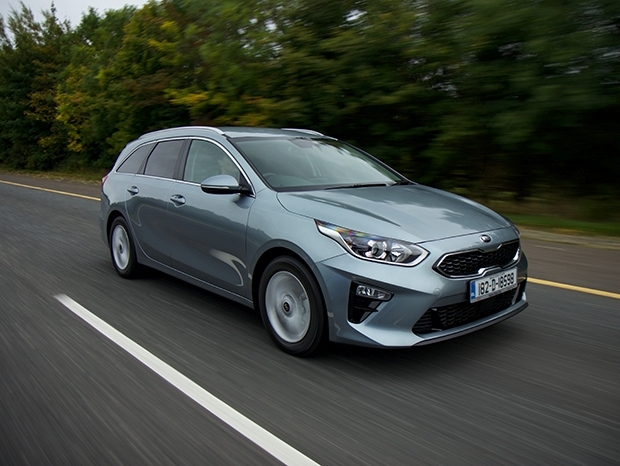 Designed, developed, engineered and built in Europe, this third-generation model is the most practical, spacious and versatile Ceed Sportswagon to date – with more cabin and cargo space than its predecessor.

A C-segment tourer designed to meet the needs of European motorists exclusively, well over 500,000 Ceed Sportswagon models have been built at Kia’s Slovakia manufacturing facility since its introduction in 2007. Historically, Sportswagon models have accounted for around 40 per cent of all Ceed sales – compared to around 30 per cent for other C-segment vehicles with tourer variants.

Like its predecessors, the new model has been designed, developed and engineered in Frankfurt by Kia’s European design, product development and R&D teams. It will continue to be manufactured in Žilina, Slovakia, on the same production line as the new Ceed five-door hatchback, and the Kia Sportage and Kia Venga.

James Brooks, Managing Director comments: “The Kia Ceed Sportswagon is a welcome addition to the new Ceed range. Wagon sales in Ireland have softened in recent years but a model like this with luggage space greater than most D segment tourers is an attractive proposition for both private and fleet buyers in Ireland.”

The new model’s body echoes the sporty design character of the Stinger, bringing design flair to the compact tourer class with emotive and precise details to its confident tourer silhouette. Lower, wider, and with a longer rear overhang than the car it replaces, the new Ceed Sportswagon is characterised by a cab-rearward silhouette, creating a mature athleticism in its overall design.

However, the rear overhang is extended by 115mm (now 1,070mm) – making the new Sportswagon 95mm longer (now 4,600mm) than its predecessor to create significantly more cargo space. Its wider dimensions and cab-rearward silhouette create a more assertive and sporty stance, for a more confident presence on the road. Interestingly. the rear suspension has been subtly tuned to accommodate the longer rear overhang of the boot, and the potential for larger, heavier luggage loads than the five-door hatchback.

The new platform supports a more spacious cabin than before. The wider body creates greater shoulder room for rear passengers while a 15mm-lower seating position in the rear creates more knee and leg room for passengers in the second row. 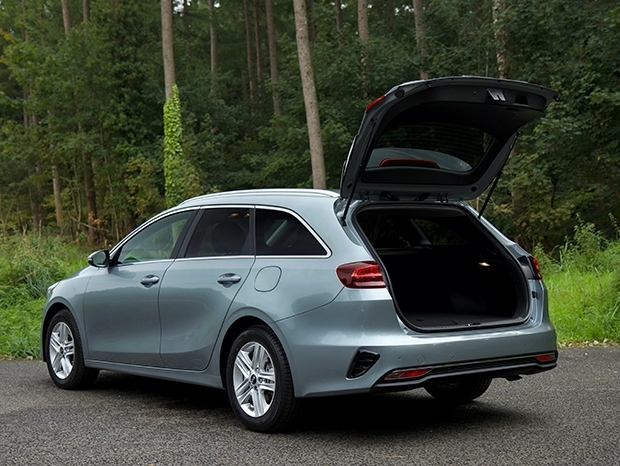 The new Ceed Sportswagon also boasts significantly higher cargo capacity than ever before. The boot is 72 litres (14 per cent) larger than the outgoing model, expanding to 600 litres in capacity – larger than most D-segment tourers. The boot lip is also substantially lower – the lower lift-over height compared to the outgoing Ceed makes it easier to load heavier items into the boot.

C-segment tourer customers’ expectations go beyond cargo capacity, however – versatility and usability are key strengths for the Ceed Sportswagon, making it one of the most practical cars in its class. The split-fold rear seats are fitted in a 40:20:40 configuration and can be folded remotely with a single touch from a lever just inside the tailgate. With the seats folded, the boot floor is completely flat. Every Ceed Sportswagon features an underfloor box to secure or hide smaller items, as well as a tonneau cover and a bag hook to prevent groceries and other items rolling around the load bay. Outside the car, integrated roof rails are also fitted as standard.

The new Ceed Sportswagon has been engineered exclusively for European roads, with European buyers in mind. The ride and handling characteristics of the new model have been tuned to elevate the Ceed over its predecessor in terms of dynamism and driver engagement.

Try it for yourself – take a test drive if you are interested is a stylish small-family size estate.