The Opel Manta is back and it’s electric

The Opel Manta is back. Launched over 50 years ago with a four-cylinder petrol engine, today the Manta has been reborn and electrified.

Opel has unveiled full details of the Opel Manta GSe ElektroMOD, the first electric modified car in the history of the German brand. 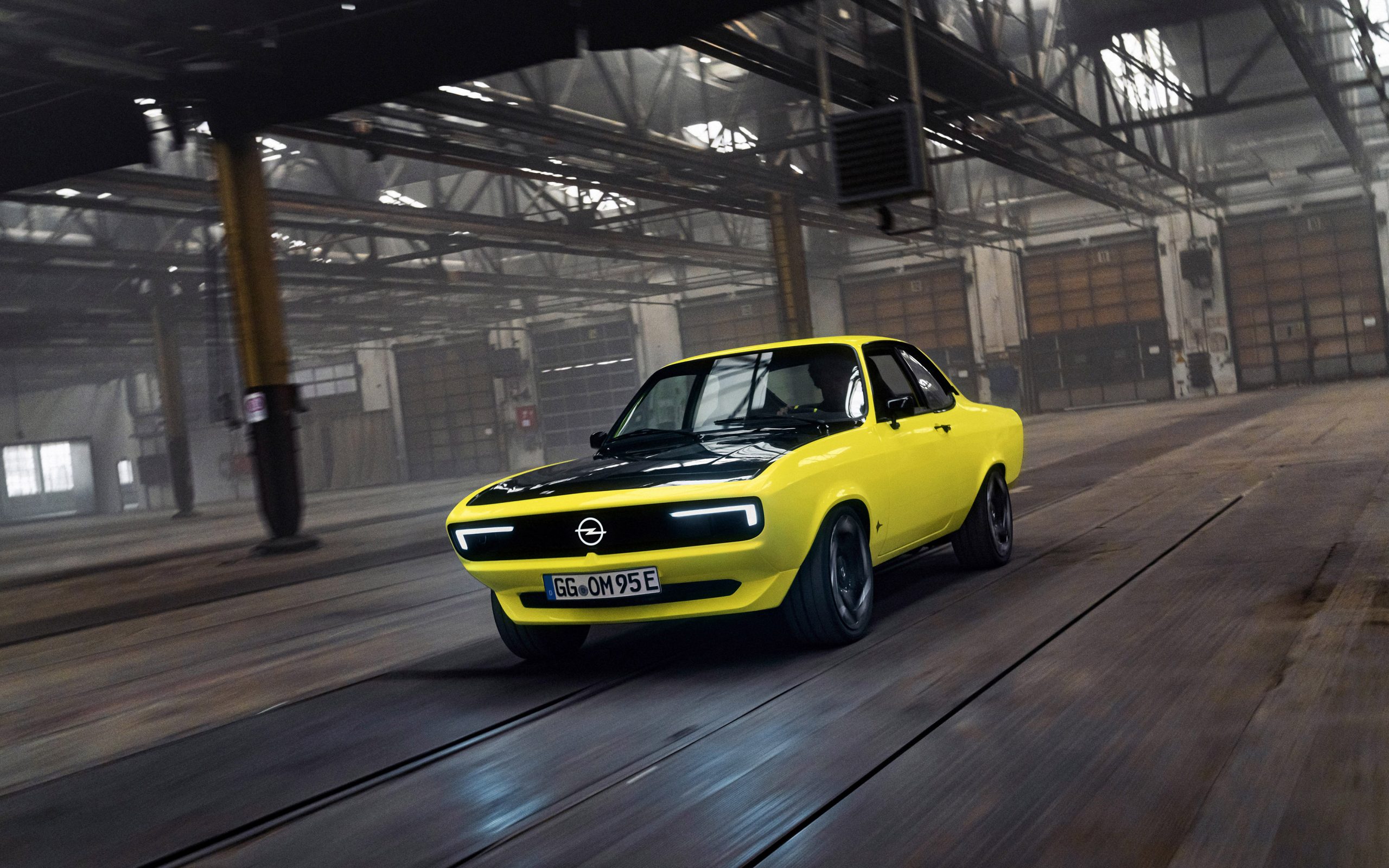 Opel says the new Manta GSe ElektroMOD combines the best of both worlds, with the classic appearance of a style icon, together with state-of-the-art technology to deliver sustainable motoring.

The four-cylinder engine under the black bonnet has made way for an electric motor with 108 kW/147hp. The “e” in GSe now stands for electrification. This makes the new GSe the most powerful Manta A ever built by Opel ex-works. In 1974 and 1975, the Manta GT/E was the first generation’s powerhouse model with 77 kW/105 hp.

The 2021 electric Manta delivers maximum torque of 255 Nm from a standstill. Now the driver has the choice of manually shifting the original four-speed gearbox or simply engaging fourth gear and then driving automatically; power is always transmitted to the rear wheels.

The lithium-ion battery has a capacity of 31kWh, allowing an average range of around 200km, according to Opel. As with the production Opel Corsa-e and the all-new Opel Mokka-e, the Manta GSe can also recover braking energy and store it in the battery. Regular charging takes place via a 9.0kW on-board charger for single-phase and three-phase AC charging. This means it takes just under four hours to fully charge the Manta battery, the brand says. 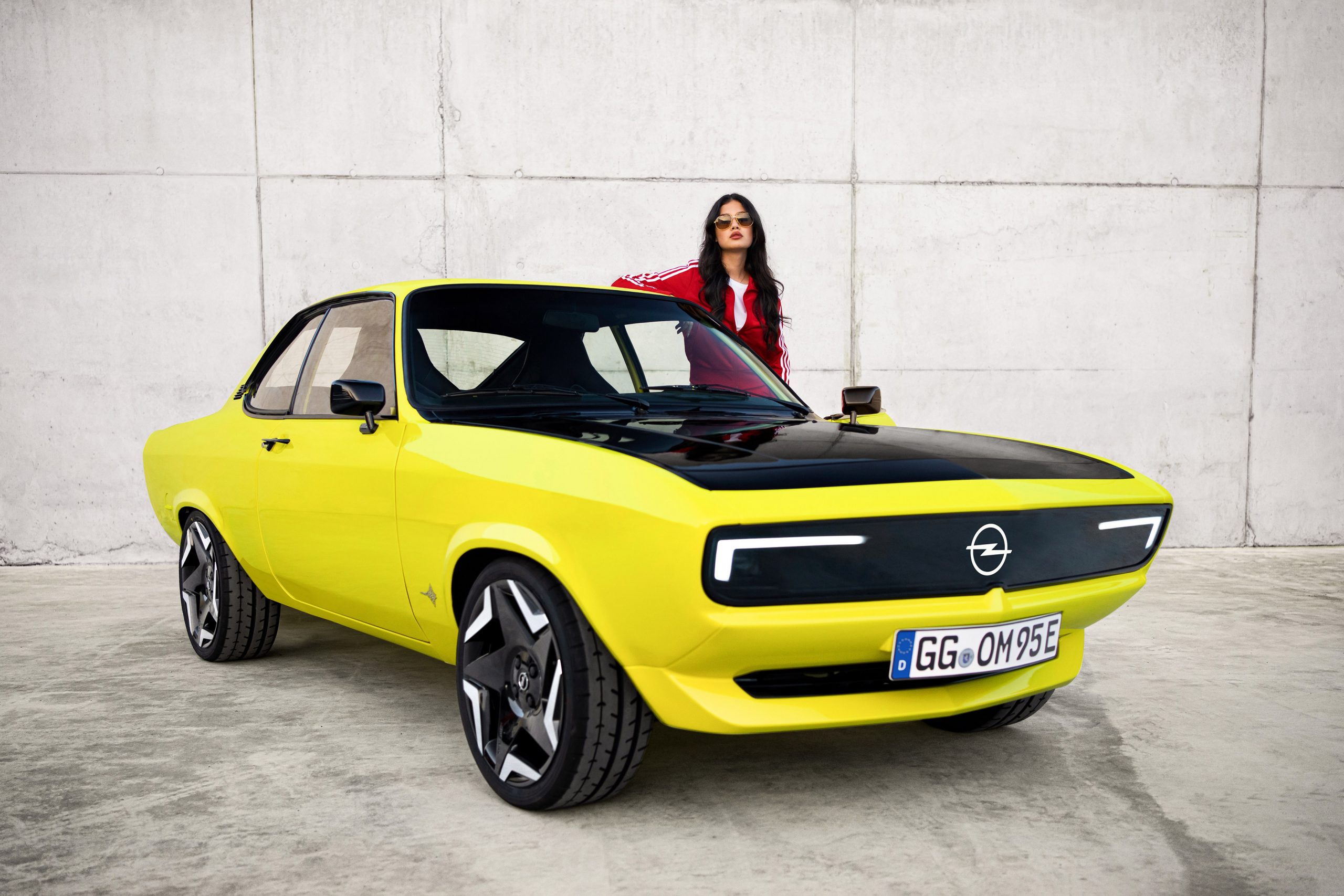 Opel says the classic Manta A was the clear inspiration for the striking new Opel Vizor front face signature, first unveiled on the newly launched Mokka and Crossland. The Manta GSe ElektroMOD differentiates itself with the introduction of the Opel Pixel-Vizor, stretched across the entire width of the vehicle.

“My German heart has been ELEKTRified” is written across the new front. “I am on a zero e-mission”, the GSe explains and in the next moment, the silhouette of a Manta ray glides over the Pixel-Vizor. LED technology is also used in the integrated daytime running lamps, the main headlamps and the three-dimensional taillights.

The interior features the latest Opel digital technology. The classic round instruments have been replaced by a wide panel, just like in the new production Mokka. The two integrated, driver-oriented, 12 and 10-inch widescreens show important information about the car such as charge status and range. Music comes via a Bluetooth box from the amplifier brand Marshall. 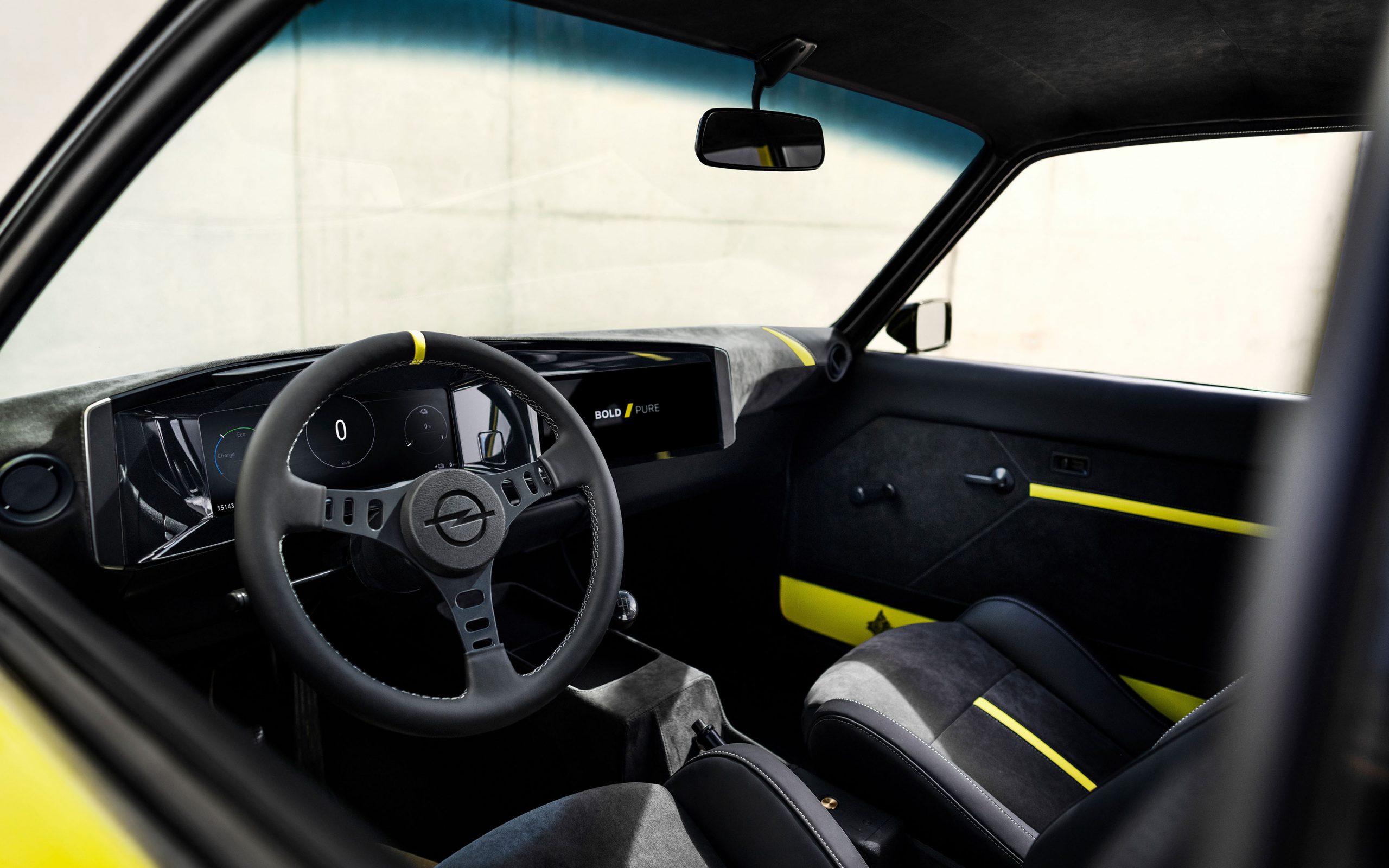 The sports seats, with their centre yellow decor line, were once developed for the Opel ADAM S. They are now said to offer a level of comfort and lateral support far superior to that in the original Manta. The driver gets behind a Petri three-spoke steering wheel reworked by Opel.

The brand says the styling of the seventies has been retained and the yellow marker in the 12 o’clock position brings another sporty touch. In addition, surfaces in the cockpit and door panels are now matt grey, which perfectly matches the neo-classic’s other yellow and black coloured elements. The ceiling of the passenger compartment is lined with fine Alcantara and completes the stylish ambience of the new Opel Manta GSe ElektroMOD.