Not resting on their laurels after topping the Irish car sales market for 2017, it has begun this year by launching three new models. The all-new Polo supermini, the all-new compact family sized T-Roc SUV and the addition of the new seven-seater Tiguan Allspace. 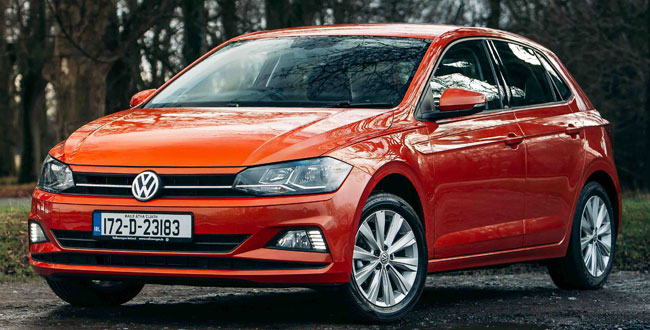 The all-new Polo has grown in size – the cabin is now more spacious, as is the boot. It also looks a more impressive car.

Volkswagen has announced a special Polo Launch Edition with air conditioning, cruise control and proactive passenger protection for an extra €800 over the base Trendline level. An additional €1,100 on top of the launch edition for the Comfortline level is probably worth checking out. It adds 15 inch alloys, an 8 inch composite media system and 6 speakers, front fog lamps and cornering lights, App Connect, body colour bumpers, grille and chrome mouldings, and a multi-function steering wheel.

There are also several optional extras and optional packs.

The DSG automatic transmission option is an optional extra to replace the standard manual version is available on the 95hp versions and the GTi..

All-new T-Roc enters
The all-new T-Roc crossover is the latest in an ever extending line of Volkswagen. It sits below the Tiguan and will be above another all-new model, the T-Cross, which arrives in the summer. It share a platform with Audi’s Q2. 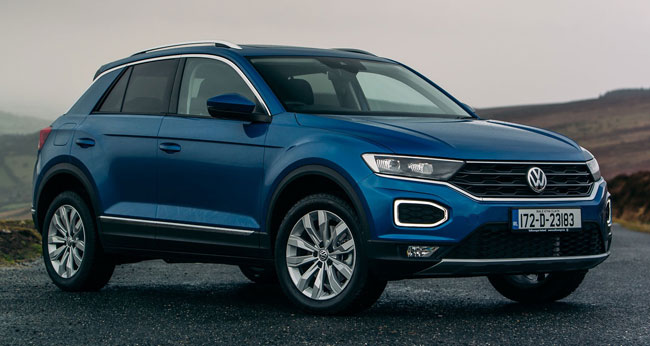 The T-Roc is offered with multiple styling options, including exterior body colour individualisation, colourful dash options, and a choice of alloy wheels.

The T-Roc drives well, looks well and for a Volkswagen, it seems priced to sell.

New Tiguan Allspace is a better offering
Finally, the Tiguan Allspace has arrived to satisfy the growing demand for seven-seaters. Volkswagen tells us that they have an ambitious target to sell 750 to buy one in 2018.
The engine line-up includes the 1.4 TSI 150hp, their 2.0 TDI 150hp and a 190hp 4M 240hp, all-wheel drive (AWD). 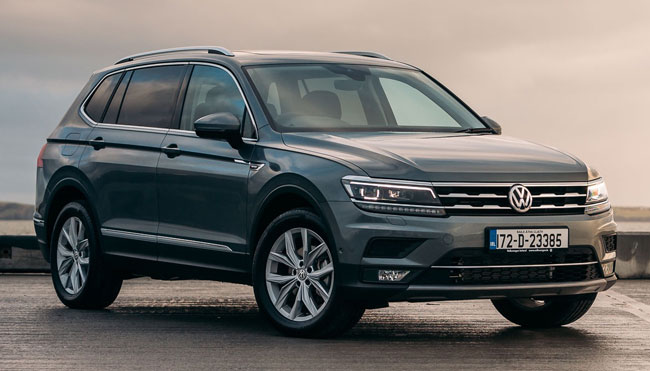 Expect much great demand for the new seven-seater (Allspice) version priced at €770 more. There are styling differences over the current Tiguan five-seater including standard roof rails plus changes to the front grille and lights.

The Allspice gets two seats in the third row, including asymmetric split folding rear bench and backrest, including centre armrest.

With the five-seat layout, the luggage capacity in the Allspace model increases to 760 litres (+ 145 litres). In the seven-seater, when the third row in used for passengers, there’s 230-litres of luggage capacity, but when not in use the two rear seats can be folded into the floor.

And for some added comfort, Volkswagen says that the second row knee room has been increased by 54mm.

Note that front-wheel-drive versions can tow trailer loads of up to 2,200kg depending on engine; but all-wheel-drive increases this to 2,500kg.