After a strong start to the year, Toyota has maintained its position as Ireland’s best-selling car brand for the first quarter of 2021.

The brand says over 90 per cent of all its passenger car sales are self-charging hybrids, which have low CO2 emissions and ultra-low NOX emissions.

Toyota says its market leadership underpins the mass consumer migration towards more sustainable electrified vehicles, as higher polluting diesel passenger cars fall further from favour with a 15 per cent decline year on year as of March 31.

Similarly, pure petrol powered cars are down more than 12 per cent year on year – according to SIMI figures. 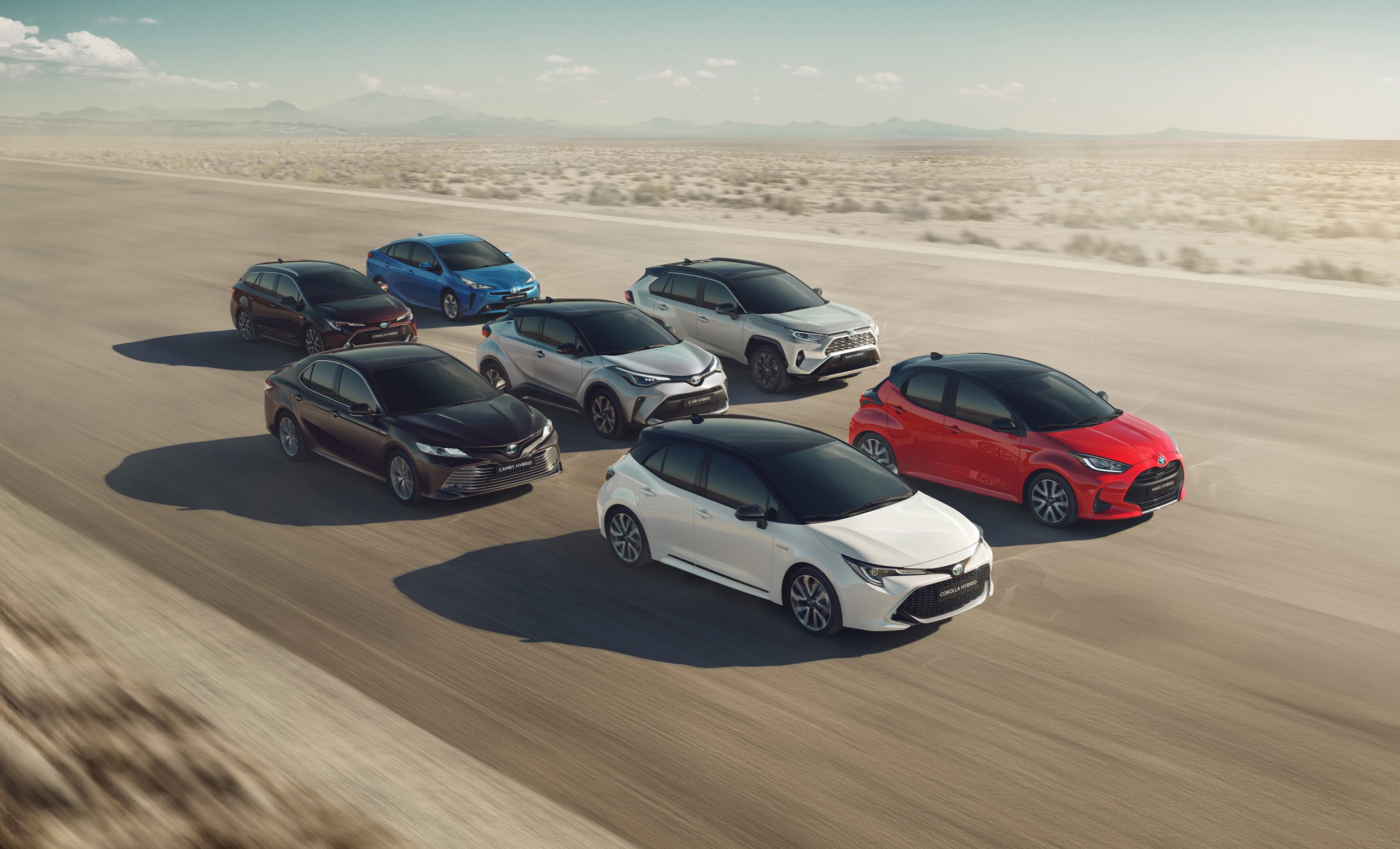 Toyota has four models in the top 10 sellers, three of which (Corolla, Toyota C-HR, RAV4) are available exclusively as hybrid models.

As a powertrain that continues to grow in popularity, as of today (March 31), hybrid now accounts for just under 18 per cent of the entire new passenger car market, representing a 42 per cent year-on-year increase.

Toyota boasts the widest range of low CO2 emitting cars and lowest average CO2 in the mass market with 87g/km average across its range, in comparison to the market average of 99g/km.

Steve Tormey, CEO of Toyota Ireland, said: “It’s really promising to see the continued growth in popularity in self-charging hybrids, which have seen impressive year on year percentage gains and now accounts for nearly one in five car sales in 2021.

“We are pleased to see the natural move away from traditional petrol and diesel cars into self-charging hybrids, that require no behavioural change from drivers. With hybrid, we are making things easier for motorists to make a difference in helping Ireland reach its Climate Action Plan targets.

“With new models like the recently awarded Yaris – the European Car of the Year 2021 – that drives in zero emissions mode for up to 80 per cent of the time in urban settings, we believe self-charging hybrids hold a vital role in improving our environmental outlook well into the future.

“The next step is to seriously address the issue of diesel passenger cars and their negative impact on human health, which countless studies have proven. We’d like to see further changes to our tax system to help incentivise customers to move from diesel towards electrified options, like self-charging hybrids which have ultra-low NOX emissions.”